BPAC Presents Free Screening of “Community First: A Home for the Homeless” on Feb. 11 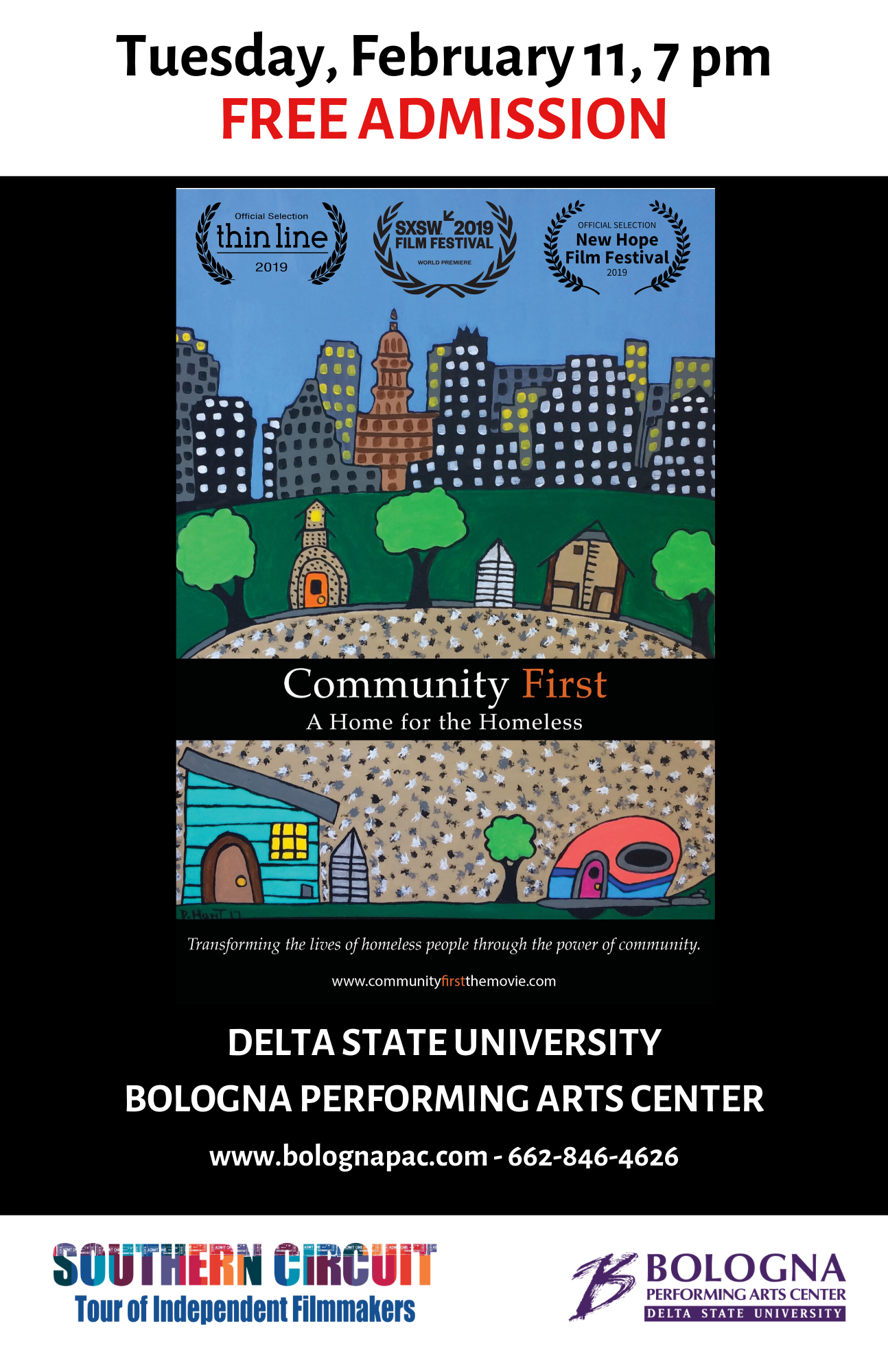 Community First! Village is a 51-acre master planned community that provides affordable, permanent housing and a supportive community for men and women coming out of chronic homelessness. A development of Mobile Loaves & Fishes, this transformative residential program exists to love and serve our neighbors who have been living on the streets, while also empowering the surrounding community into a lifestyle of service with the homeless. Layton Blaylock, the film’s director, will do a Q&A after the film. This film is part of the Southern Circuit Tour of Independent Filmmakers. Southern Circuit screenings are funded in part by a grant from South Arts, a regional arts organization, in partnership with the National Endowment for the Arts.

The next free screening that is part of the Southern Circuit Tour of Independent Filmmakers will be Mossville: When Great Trees Fall on March 3. Mossville: When Great Trees Fall is a feature documentary about the story of one man’s valiant resistance. It is at once intimately personal and vast in scope, exposing the links between race and environmental injustice, not just in the U.S. but across the globe.