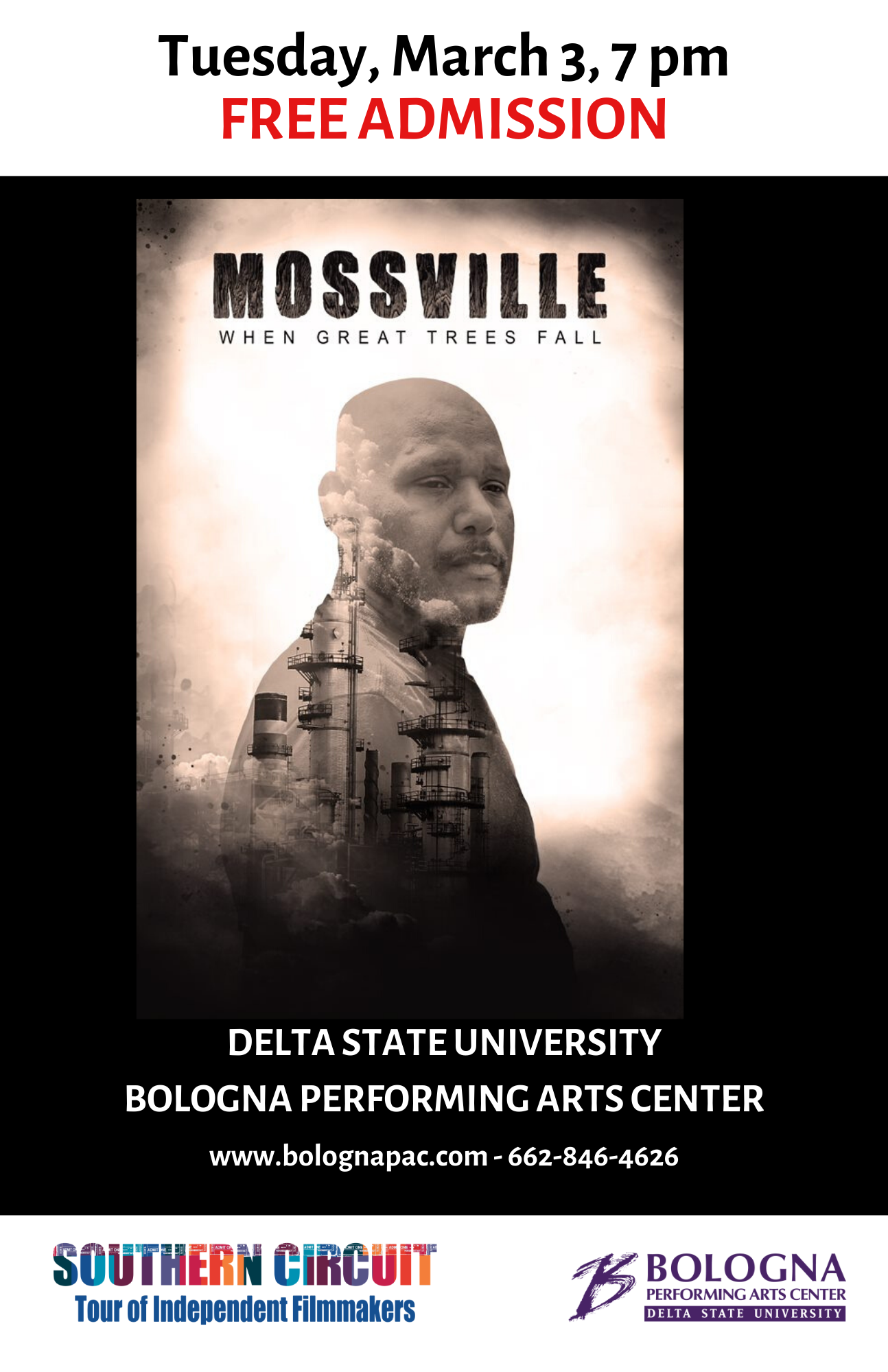 The Bologna Performing Arts Center (BPAC) is proud to present a free screening of the documentary Mossville: When Great Trees Fall on Tuesday, March 3, at 7 PM.

Mossville: When Great Trees Fall is at once intimately personal and vast in scope, exposing the links between race and environmental injustice, not just in the U.S. but across the globe. As a centuries-old black community, contaminated and uprooted by petrochemical plants, comes to terms with the loss of its ancestral home, one man standing in the way of a petrochemical plant’s expansion refuses to give up.

The next free screening that is part of the Southern Circuit Tour of Independent Filmmakers will be Who Will Write Our History on April 14, 2020. Who Will Write Our History is set in November 1940 days after the Nazis sealed 450,000 Jews in the Warsaw Ghetto, when a secret band of journalists, scholars, and community leaders decided to fight back. Led by historian Emanuel Ringelblum and known by the code name Oyneg Shabes, this clandestine group vowed to defeat Nazi lies and propaganda not with guns or fists but with pen and paper.

All films will be screened on Tuesday evenings at 7 PM, followed by a Q&A with the filmmakers.

Admission is free to all Southern Circuit films. Visit our website www.bolognapac.com for additional information about these and other performances or contact the BPAC Ticket Office at 662-846-4626.