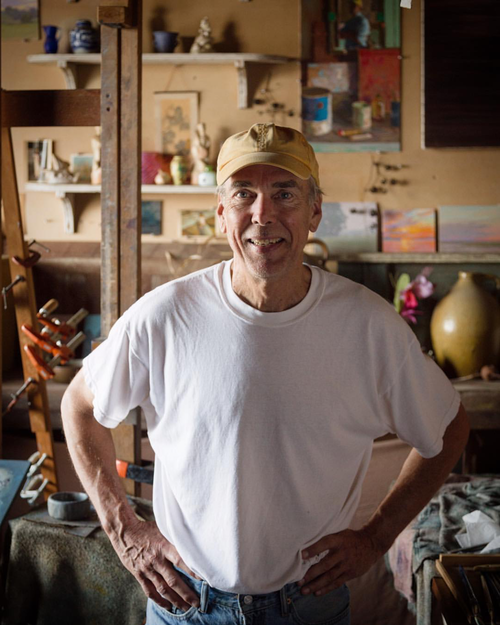 Painter Richard Kelso '70 received a 2020 Mississippi Governor's Arts Award on Feb. 6, 2020. He joins a select group of other Delta State representatives to earn the honor. Photo by Ellen Rodgers Daniels.

Acclaimed painter Richard Kelso became the latest Delta State University representative to receive a Mississippi Governor’s Arts Award. He was one of five recipients in the class of 2020 to be recognized at the 32nd Governor’s Arts Awards ceremony held at the Old Capitol Museum in downtown Jackson on Feb. 6. Kelso’s commendation was for excellence in visual art. The awards are presented in partnership with the Mississippi Arts Commission.

Born and raised in Cleveland, Miss., Kelso graduated from Cleveland High School and then from Delta State in 1970 with a degree in art. At DSU, he studied under the renowned painter Sammy Britt, praised for his command of natural light and color use. Kelso also learned from master colorist Henry Hensche at the Cape School of Art in Provincetown, Mass.

Kelso’s oeuvre “focuses on capturing the beauty, time, and place of Mississippi’s land,” according to Mississippi Governor’s Arts Awards press materials. “A full-time artist for more than 30 years, Kelso’s work is found in corporate and private collections across the Southeast as well as the permanent collections of the Mississippi Museum of Art and the Lauren Rogers Museum of Art,” the statement continues. Kelso earned an MFA in painting from the University of Mississippi in 1980 and taught at Millsaps College and Meridian Community College. He has been based in Jackson since 1987 and is represented by Fischer Galleries.

The Mississippi Governor’s Arts Awards, established in 1988, honor people and organizations that make significant contributions in the arts in the state. The public nominates potential recipients, and a jury of community arts leaders and industry peers selects the winners.