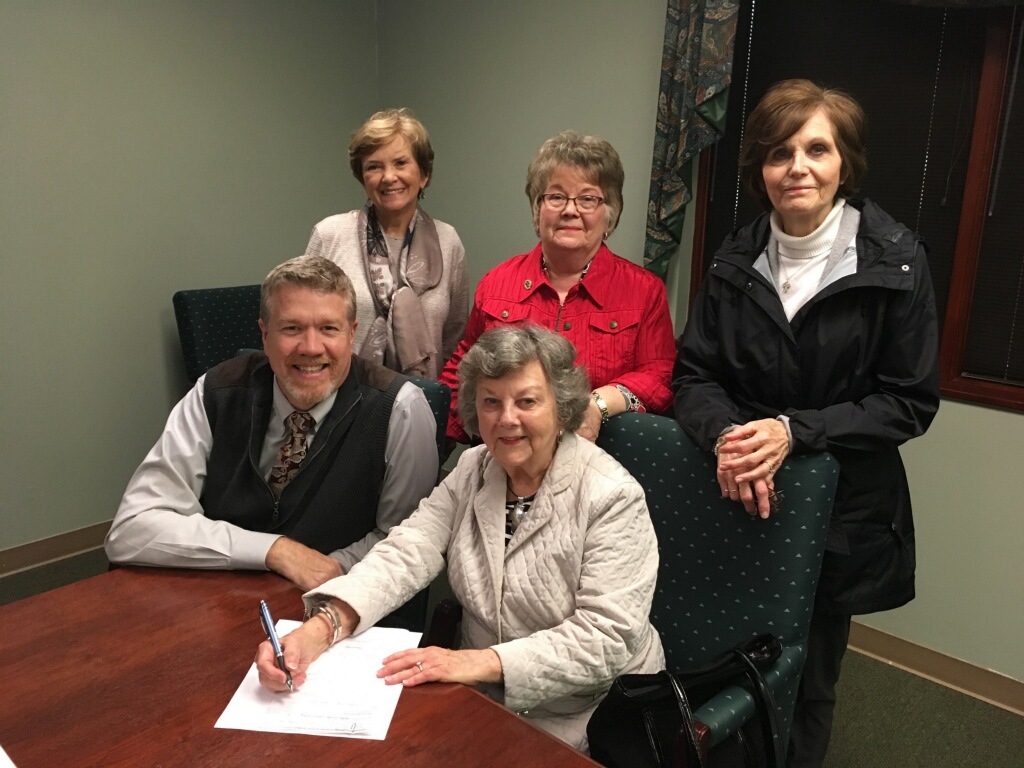 Delta State University received $10,000 from the local Cleveland Woman’s Club to establish an endowed scholarship for female teacher education majors who went to high school in town or in the vicinity. The gift is the largest the club bestowed on area institutions from proceeds of selling its clubhouse on Fifth Avenue, across the street from the DSU campus.

“Delta State contributes so much to the community,” said Norma Cooper, club president. “We felt it was the right thing to do to support the university.”

The club, which now meets at the Robinson-Carpenter Memorial Library in Cleveland, earmarked the annual scholarship for education for two reasons, continued Cooper. “Delta State was founded in 1924 as Delta State Teachers College. And education is one of our six service projects,” explained Cooper, a retired elementary schoolteacher of 31 years, mostly in the county, and a Delta State alumna who earned a B.S.E. in home economics education in 1965 and an M.Ed. in elementary education in 1979. She’s the widow of James Donald Cooper, a double DSU alumnus who worked at Delta State from 1969 until 2001 in several capacities, retiring as registrar.

The scholarship is a first for the volunteer service organization in a century of providing programming, outreach, and collegiality, said Joyce Kennedy, club treasurer. There’s no better way to celebrate its 100th anniversary than giving back like this, observed Kennedy, who worked at DSU for more than 20 years in numerous positions, retiring in 1996 as administrative assistant to the dean of arts and sciences.

“We should continue to support young women in our area who are pursuing a degree in education,” added Jeanette Tarsi, club vice president, who earned a B.S.E. in elementary education from DSU in 1962 and taught in the county for 35 years. The club’s annual $400 scholarship will make a difference at an affordable campus like DSU, whose tuition for full-time undergraduates is about $3,750 per semester, Tarsi suggested.

“We are grateful for the Cleveland Woman’s Club gift to support women in teacher education,” said Rick Munroe, vice president for university advancement and external relations. “Delta State University is fortunate to have the support of our community organizations that recognize the important role higher education has within the region.”

The Cleveland Woman’s Club scholarship for Delta State will be given annually to a College of Education and Human Sciences junior or senior female teacher education major who has a GPA of 3.0 or better and who demonstrates financial need. Preference will be given to students who graduated from Cleveland Central High School or Bayou Academy high school or were homeschooled in the Cleveland vicinity. Selection may extend farther into Bolivar County if needed. Preference also will be given to those who are active at DSU, in the community, at church, or in service organizations.

“Education is what keeps the world going,” observed Cooper. “It’s part of our mission,” and it is Delta State’s main mission.