By staffreportOctober 22, 2019College of Arts and Sciences 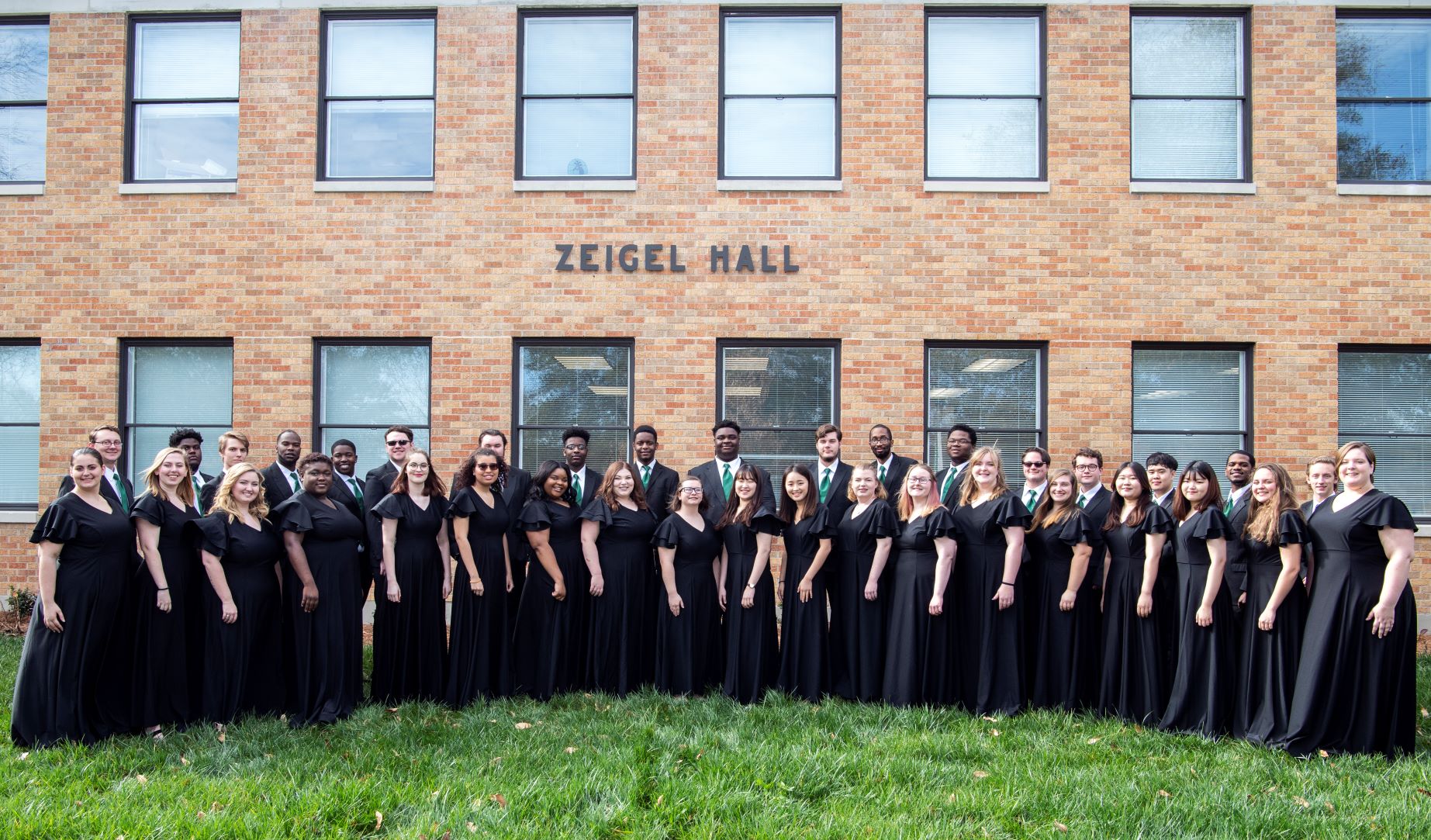 The Delta State Chorale, under the direction of Dr. Julia Thorn, performed for the DeSoto County District Choral Festival on Oct. 21, 2019. The festival represents the best middle and high school choir students from across the district; they’re selected to come together for two days of diligent rehearsal with guest clinicians to perform a concert of advanced choral repertoire.

Two invited college ensembles were selected to perform for these students and their teachers as models of what college choral groups can accomplish. Featured in this concert were the advanced choir from Delta State and a male a cappella ensemble from the University of Southern Mississippi. These choirs represented contrasting styles of music that might be available for study in college.

The DSU Chorale performed sacred and secular choral works. Semi Dong, Sung-Eun Ryu, and Andrew Wasylina, pianists from the Department of Music who also sing in the Chorale, were featured as collaborative artists. Tenor soloist Timothy Peoples received a standing ovation for the gospel work, “A City Called Heaven.”

The centerpiece of the concert was a setting of “Come, Sweet Death” that features the traditional Bach chorale performed with choral movement and improvisational singing. The piece, performed without a conductor, is an aural as well as visual work that requires independence of all students before ending all together in a set death pose and musical chord that seem to come from out of nowhere.

Included in the concert was a set of pieces by the DSU Chamber Singers, including a Renaissance French chanson, a challenging complex contemporary work by African-American composer Adolphus Hailstork, and an arrangement of “Crescent Noon” by Richard Carpenter, of the famed Carpenters, a pop group from the 1970s.

Horn Lake High School graduates Kaitlyn Pigniataro and JaMareus Freeman shared reasons for choosing to come to DSU and why they are appreciative of the academic coursework, close relationships with music faculty, and performances available at Delta State.

The Delta State Chorale will perform a Christmas concert on Dec. 5, 2019, at 7:30 PM in the Bologna Performing Arts Center. The performance is free and open to the public.