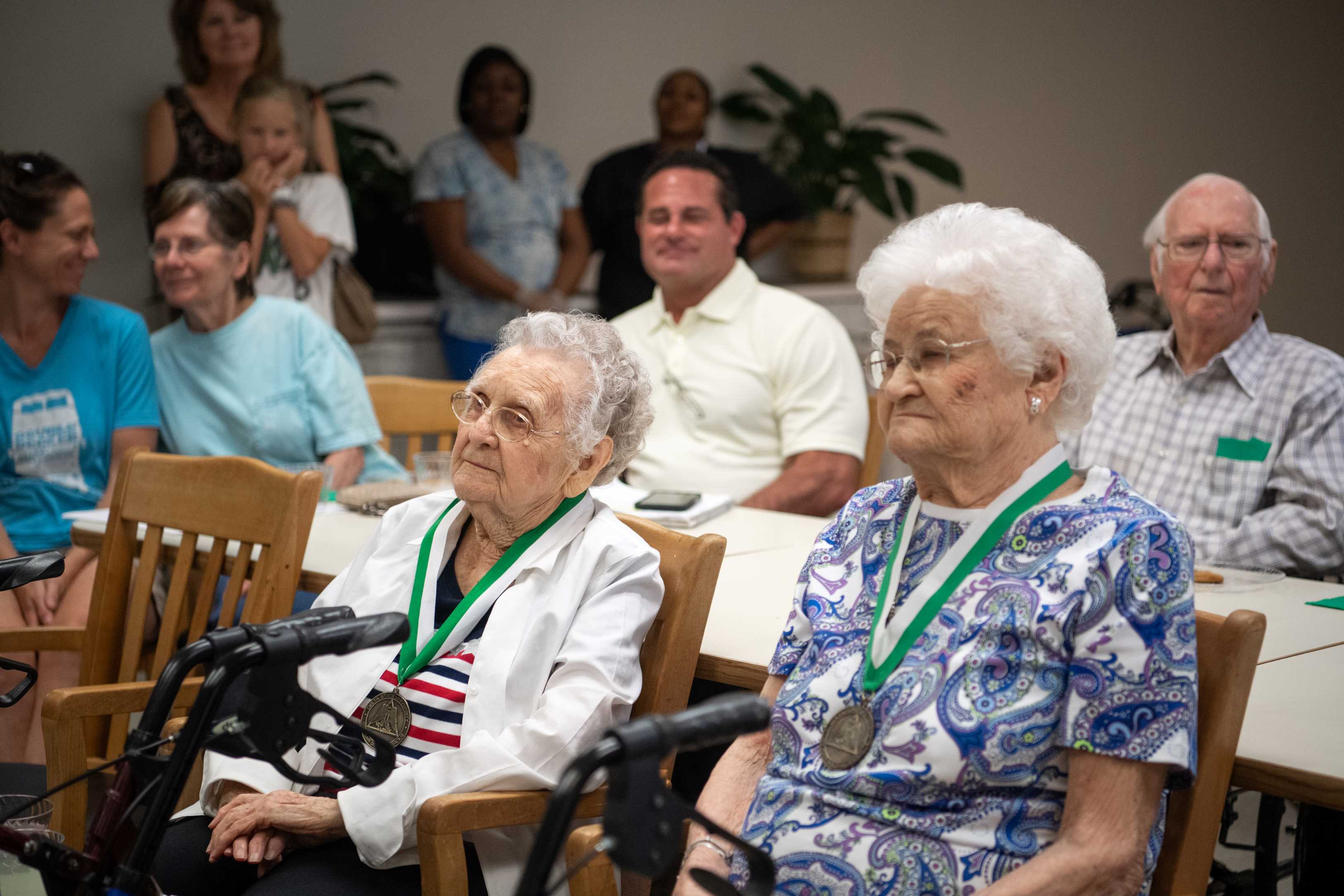 Eleanor B. Trimble ’36 (left) wears her Golden Circle medallion, along with fellow member Mary Ellen Leftwich ’39, at a celebration of the former at Providence Assisted Living in Cleveland, where they both live.

Eleanor B. Trimble, class of 1936, was recently inducted into Delta State University National Alumni Association’s Golden Circle, which celebrates graduates of 50 or more years from Delta State. One-hundred-five years old, she earned a general science degree from the College of Arts and Sciences and resides at Providence Assisted Living in Cleveland.

Also at the July 24, 2019, event: fellow resident Mary Ellen Leftwich, class of 1939 and an elementary education major. She has attended every DSU Homecoming except one. 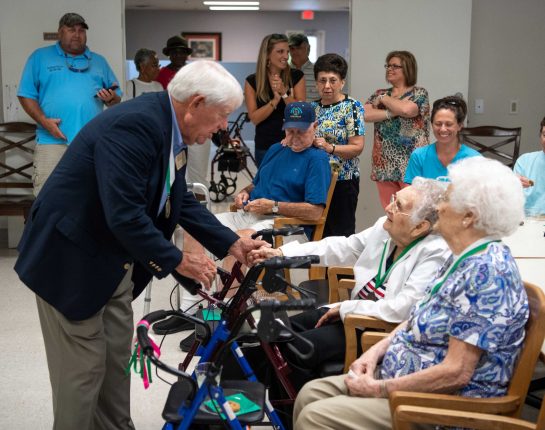