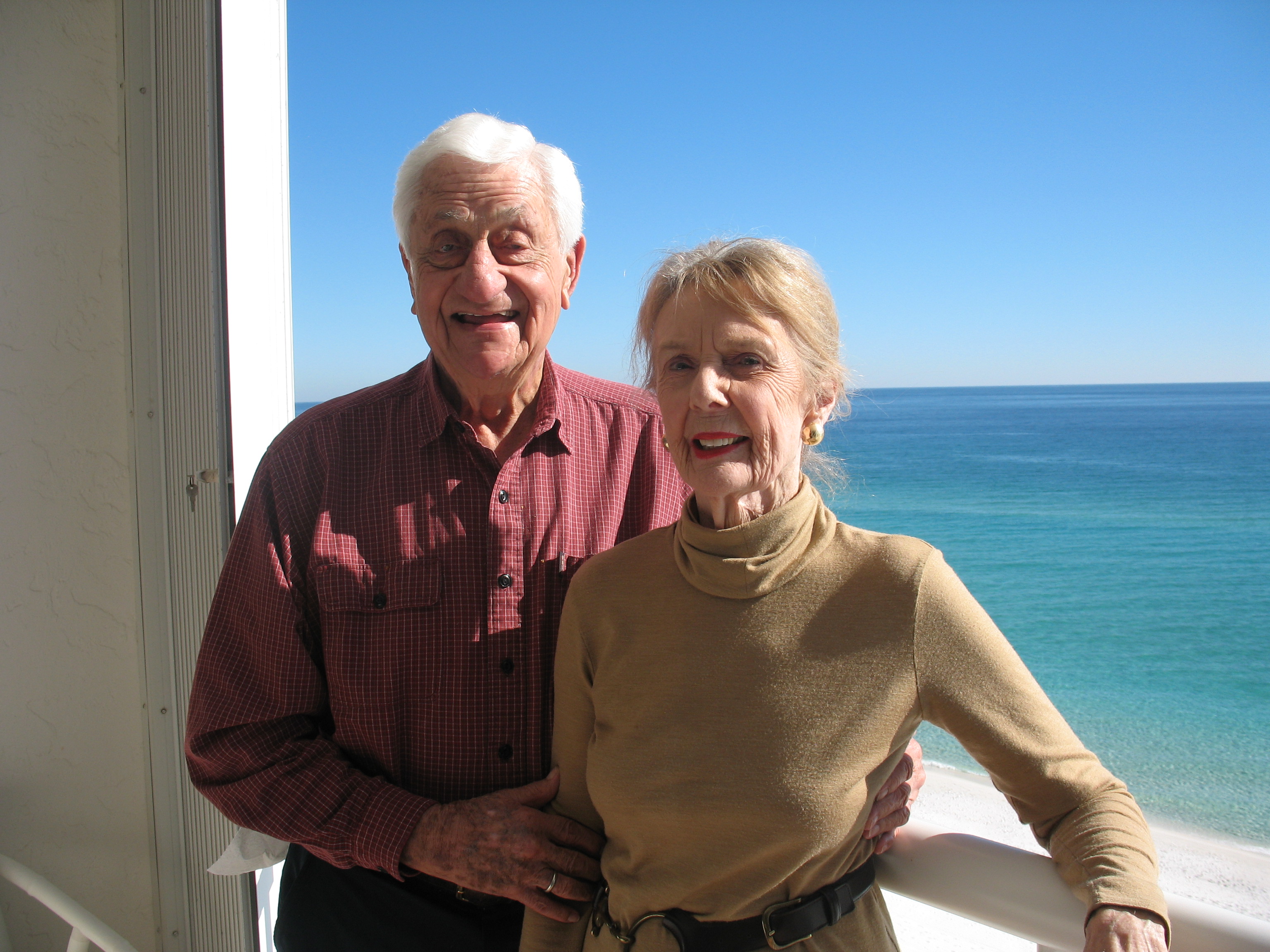 The late Norma and Celian Lewis, posing from their retirement home in Destin, Fla., gave a record $300,000 to support Delta State University students from Sunflower County, where the couple once lived.

The late Celian and Norma Lewis once co-owned Lewis Grocer, Inc., one of the South’s largest wholesale grocery companies, headquartered in Indianola, a city in Sunflower County. Celian and his brother, Morris, took over the family business from their father, Morris Lewis Sr., who in 1894 emigrated at age 13 from Poland to Lexington, Miss., in Holmes County, about an hour away in the sprawling Mississippi Delta.

“My parents felt that the Mississippi Delta gave them a lot. The community was very important to them, and they wanted to give back,” said Richard Lewis of Atlanta, Ga. “There’s a special feeling people get when they drive through the flatlands of the Mississippi Delta. Sunflower County gave my parents a sense of place, a quality of life, and sense of community—a community with its own educational program in Delta State University. By giving to Delta State, my parents wanted to help Sunflower County residents improve their lives. The thought is, how can we promote investment in Mississippi without first investing in the people of Mississippi? Delta State represents a way for my parents to do that. Their ultimate desire was that Mississippi should prosper.”

“This generous Lewis family trust gift is a terrific way to support the higher education and career goals of Sunflower County students, as well as Delta State,” said Delta State University President William N. LaForge. “I am most grateful to the Lewis family for creating such a meaningful legacy that honors the family and the community they called home.”

The Lewises established the trust in 1999. Celian Lewis (Oct. 17, 1917-June 28, 2008) attended Tulane University; served in the Army in World War II, reaching the rank of major; and retired in 1979 as president of Lewis Grocer and Sunflower Stores, which decades earlier had relocated to Indianola from Lexington. Norma Lewis, née Thompson (Dec. 22, 1924-May 30, 2018), was born in Sydney, Australia, and graduated from Loreto Normanhurst secondary school, Sydney Conservatory, and Macquarie University.

The couple met in Sydney while Celian was director of food distribution for the South Pacific during World War II and Norma was secretary to the executive officer of the Army. They married on May 13, 1947, in St. Anne’s Church in Dixon, Ill., and raised three children: Richard Lewis (Susan DeRose) and Karen (Steve) Castellaw of Atlanta, and Bill (Marye) Lewis of Nashville, Tenn. They had four grandchildren and five great-grandchildren. 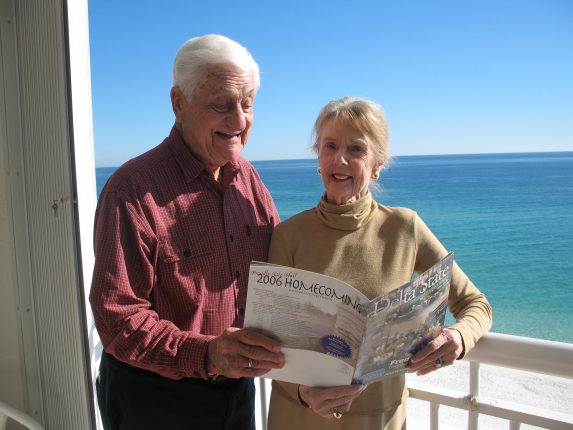 The Lewises hold one of their favorite magazines.

Celian Lewis held many civic leadership roles, including serving as the first president of the Indianola Junior Chamber of Commerce and president of the Chamber of Commerce. After Hurricane Camille in 1969, at the request of Gov. John Bell Williams, Lewis set up a food distribution center in Biloxi and organized others for surrounding areas. He also was a Rotarian for 57 years. Upon the couple’s retirement to Destin, Fla., in 1985, Lewis volunteered with the chamber of commerce and Meals on Wheels.

Norma Lewis also was active in civic affairs. She started the Les Femmes Bridge Club and the Town & Country Garden Club, serving as its first president. She was vice president of the PTA, a member of the Northwest Mississippi Girl Scout Council board, and a member of the teen board. She participated in the annual Community Chest, the Mississippi Arts Association, and the Indianola Chamber of Commerce. In Destin, she participated in the local women’s club, garden club, and St. Vincent de Paul Society.

“This gift from Mr. and Mrs. Lewis is a testament to their dedication and support toward the Mississippi Delta,” said Rick Munroe, vice president for university advancement and external relations. “The Lewises recognized the positive impact Delta State University has in this region and we are very grateful for this enduring legacy. Many young people in the Delta will benefit for years to come thanks to their decision to create their scholarship.”

Accepted or enrolled Delta State undergraduate, graduate, and transfer students (from senior colleges) who have lived in Sunflower County for at least five years are eligible for the Norma and Celian Lewis Scholarship. They also must demonstrate academic excellence and leadership.