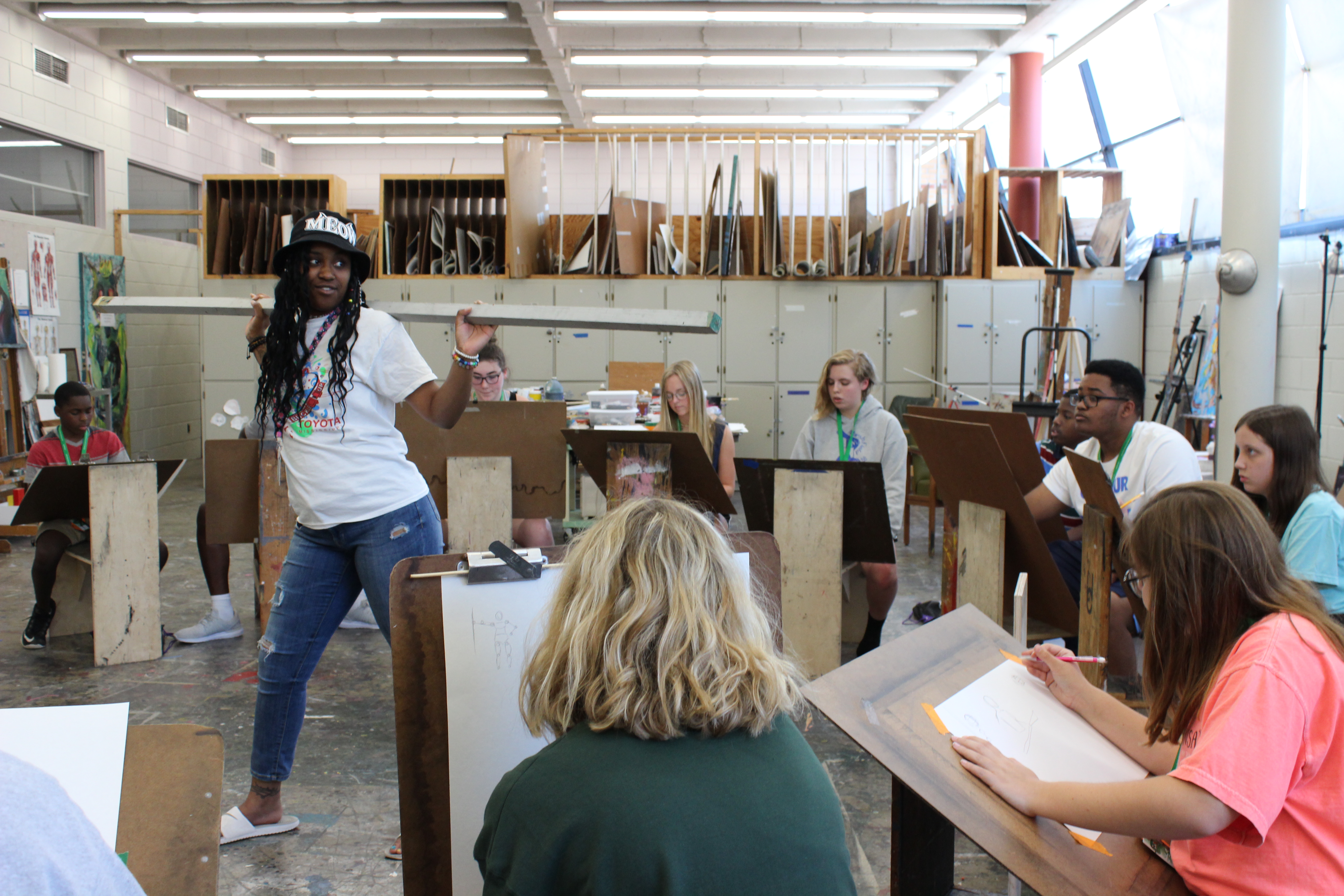 Counselor K'Na Rose poses as a model for the Introduction to Drawing Techniques class.

More than 50 youth age 12-18 from Mississippi and neighboring states have completed the first week of CORE Arts Camp, a program of the Janice Wyatt Mississippi Summer Arts Institute (MSAI) at Delta State University. Over their two-week stay, campers participate in classes focusing on digital, visual, and performing arts for the residential arts intensive operating through the arts education department at the Bologna Performing Arts Center.

Thanks in part to a grant from the Mississippi Arts Commission (MAC), Erin Mulligan, a choreographer and accredited teaching artist from Greenwood, Miss., is leading three courses in modern, hip-hop, and Broadway/jazz dance. Also supported through MAC funds is Eileen Jennings, a Cleveland native and MSAI alumnus poised to complete her doctorate in music performance from Indiana University at Bloomington. MSAI also welcomes Robin Whitfield, a painter and naturalist from Greenwood, whose Earth Color workshops have been taught as arts education residencies throughout the state, including at the Mississippi Museum of Art in Jackson.

To celebrate the completion of camp, BPAC will host a visual arts reception and camper award ceremony on Friday, June 21, at 7 PM. On Saturday, June 22, at 10 AM, CORE Arts campers will present a performing arts showcase on the mainstage of the Delta and Pineland Theatre at BPAC. All events are free and open to the public. For further information on summer arts education camps for younger students (ages 5-11), contact BPAC’s arts education office at (662) 846-4844. 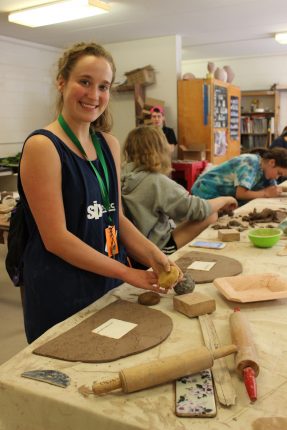