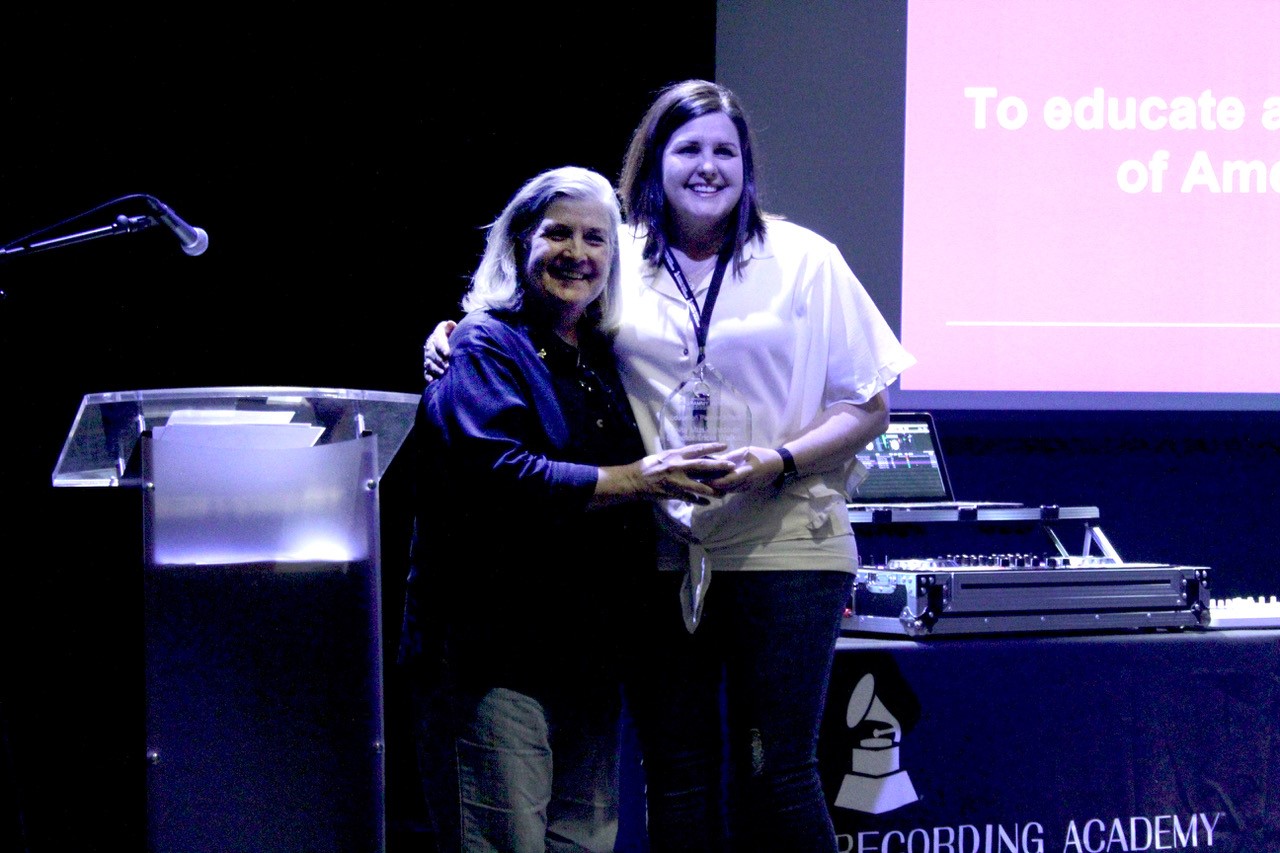 “Delta Music Institute is in the business of giving,” said GRAMMY Museum® Mississippi Executive Director Emily Havens, “not just for the sake of giving alone, but with the purpose of advancing the mission and vision of our museum to promote music education by educating and inspiring the next generation of American music innovators.”

The GRAMMY Museum® Mississippi press release about the awards summarized some of that mission and vision: “providing unique learning opportunities based on the enduring legacies of all forms of music, the entire creative and technological processes of recording, and the history of the Grammy Awards with a focus on the continuing achievements of Mississippians.”

DMI Director Tricia Walker, who accepted the award and whose name is also on it, said, “I’m honored to receive this award and want to acknowledge the entire DMI team that contributes so much each year in the way they offer their gifts and talents in service to music education within the museum’s programming.”

The celebration occurred during National Volunteers Week. The other commendations: “the Evolution Award to retired assistant superintendent, Pat Ross, for her commitment to educate herself and the public on music; the Excellence Award to Delta Heath Center employee Joyce McCoy, for exuding the same standards we recognize and celebrate; and the Community Award to Gainspoletti Financial Services of Cleveland, Miss., for its service to the museum,” according to press materials.

“Our volunteers are the voice of this museum,” stated Havens in the release. “Through their service to the museum, volunteers help promote Mississippi’s musical heritage, hundreds of musicians, thousands of students, the City of Cleveland, Delta State University, Delta Music Institute, tourism and the state’s creative economy.”

Walker added, “DJ Saxy is a manifestation of how music education can change the lives of young people.”

Walker, an acclaimed musician, songwriter, music publisher, and music producer as well as an educator, came to DSU in 2006 and will retire at the end of June. “After my retirement from DSU this summer, I plan to continue to work with the museum by offering my own gifts and talents in ways that will serve the museum’s mission,” she concluded. “I really enjoy talking about and celebrating Mississippi music and musicians, because as we know, this is the birthplace of America’s music.”