By pszatmaryMarch 29, 2019College of Arts and Sciences, Press Releases 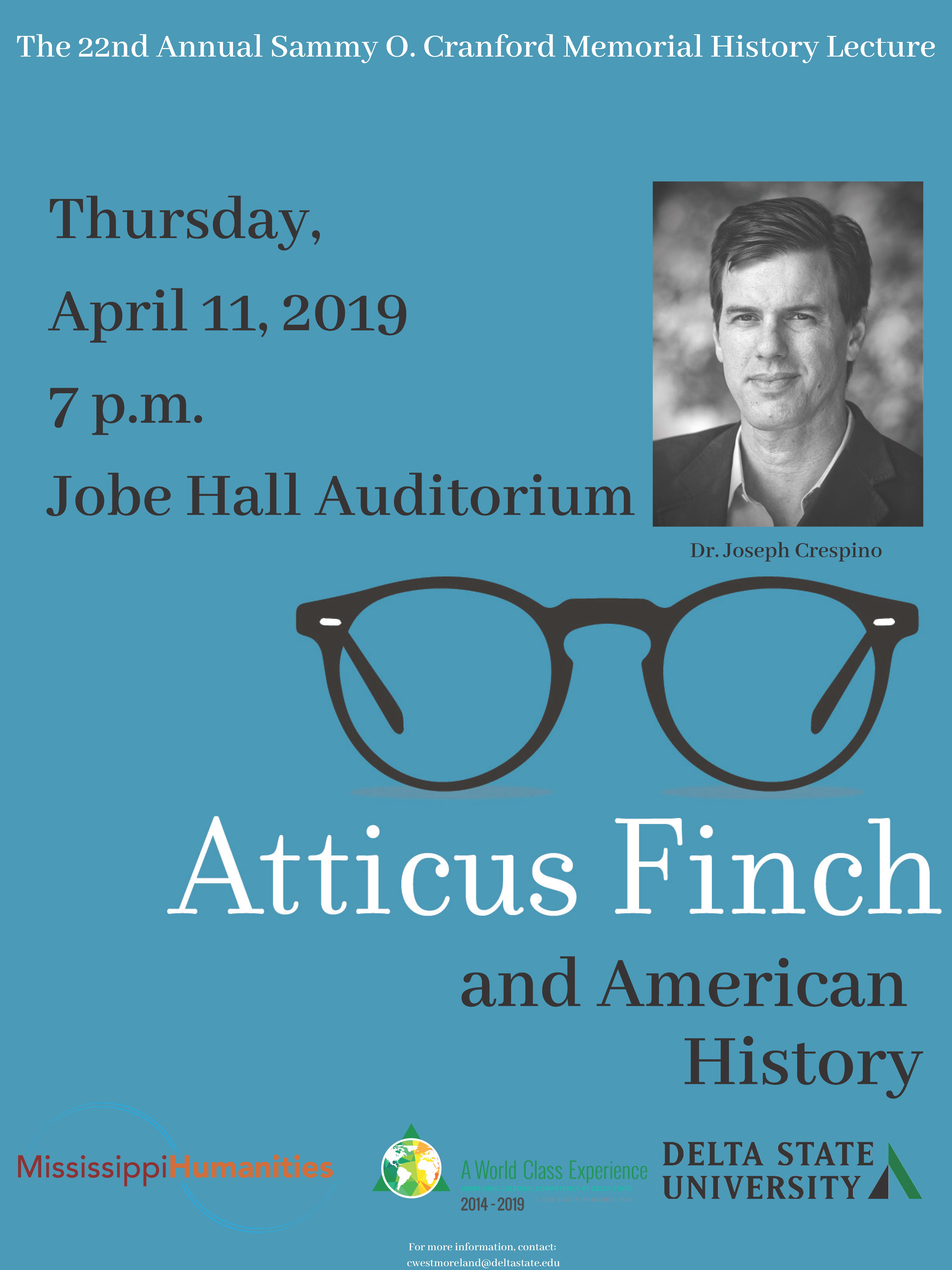 Emory University historian Joseph Crespino, author of the acclaimed Atticus Finch: The Biography—Harper Lee, Her Father, and the Making of an American Icon, will speak about what The New York Times Book Review calls a “crisp, illuminating examination” of the literary and cinematic figure at the 22nd annual Sammy O. Cranford Memorial History Lecture on Thursday, April 11 at 7 PM in Jobe Hall Auditorium on the campus of Delta State University. Crespino’s talk, “Atticus Finch and American History,” is based on this 2018 volume (Basic Books), which USA Today praised as “lucid, accomplished,” and “eminently readable.” The lecture is free and open to the public.

In his Delta State address, Crespino will explore the development of Atticus Finch. Book lovers and movie buffs revere the character as depicted in Harper Lee’s novel, To Kill a Mockingbird, which won the 1961 Pulitzer Prize, and in the movie version, which earned Gregory Peck an Academy Award for best actor in 1963. Atticus Finch, a widowed lawyer, is thoughtful, noble, brave, and progressive as he saves an innocent black man from a white lynch mob in small-town Alabama. Atticus Finch’s daughter, who goes by Scout, narrates the saga, which occurs when she’s a little girl. Atticus Finch returns in Lee’s controversial Go Set a Watchman from 2015; in this rendition, he shifts from uniformly virtuous to humanly flawed—even segregationist—as Scout, now a young woman, flashes back to her childhood again. Crespino explores how Lee’s father, A. C. Lee—a newspaper editor, lawyer, and politician in Monroeville, Ala.—served as the inspiration for Atticus Finch.

“Atticus Finch is one of the most beloved characters in American literature, a touchstone of tolerance and decency. Since the publication of Harper Lee’s long-lost apprentice novel, Go Set a Watchman—which depicted the character in a much more negative light—there’s been great confusion over who Lee intended Atticus Finch to be,” Crespino explained in an email. “In my talk, I use the history of the Lee family, as well as the broader history of the massive resistance-era South, when Harper Lee was writing her two novels, to solve this puzzle, and consider Harper Lee’s literary legacy for Americans today.”

Where fact ends and fiction begins is “complicated,” continued Crespino, department chair and Jimmy Carter Professor of history at Emory. “The novel’s message about the importance of decency, tolerance, and understanding across racial lines is timeless,” he explained. “But the novel is dated in many respects, and needs to be considered in light of the America that we live in today.”

That struck a chord with Charles Westmoreland, associate professor of history and interim chair of the Division of Social Sciences and History at Delta State.

“Joe Crespino is a testament to how historians can engage the broader public in the 21st century. He makes his case through thorough research and accessible writing,” said Westmoreland. “His willingness to speak with a wider audience about vital issues of race, politics, the law, history, and memory makes Crespino a terrific person to deliver the 2019 Cranford Lecture.”

Crespino earned a B.A. in American culture from Northwestern University, an M.Ed. in secondary school education from University of Mississippi, and an M.A. and a Ph.D. in history from Stanford University. His other books include Strom Thurmond’s America (Hill & Wang, 2012), winner of the Deep South Book Prize, among others, and In Search of Another Country: Mississippi and the Conservative Counterrevolution (Princeton University Press, 2007), winner of several Mississippi awards. In 1996, Crespino received a S.T.A.R. Teacher Award from the Mississippi Economic Council for his work at Gentry High School in Indianola. 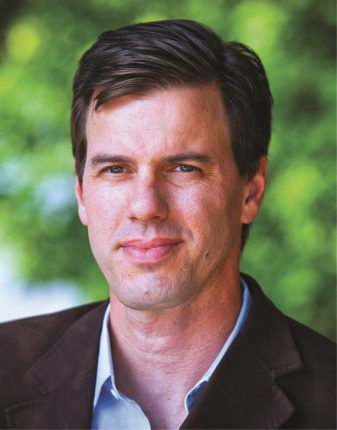 “I grew up in a small Southern town a lot like the one Harper Lee grew up in,” Crespino, a native of Macon, Miss., observed. “I’ve been fascinated for a long time with the enduring influence this book has in American political culture, and, in this talk, I use my expertise as a historian to shed new light on it.”

The Cranford Lecture is named for Dr. Sammy Orren Cranford, longtime history professor and archivist at Delta State. “Sammy Cranford was also dedicated to making history alive, fresh, and relevant,” Westmoreland said. “His creation of the university archives has allowed DSU to make available a wealth of materials related to the region’s history and culture. Something tells me that Sammy Cranford would be extremely proud that a native Mississippian will be coming back home to give a lecture in his honor.”

The Cranford Lecture is sponsored by the Delta State Division of Social Sciences and History and is supported by a grant from the Mississippi Humanities Council and by DSU’s Quality Enhancement Plan.