By knormanMarch 6, 2019College of Arts and Sciences 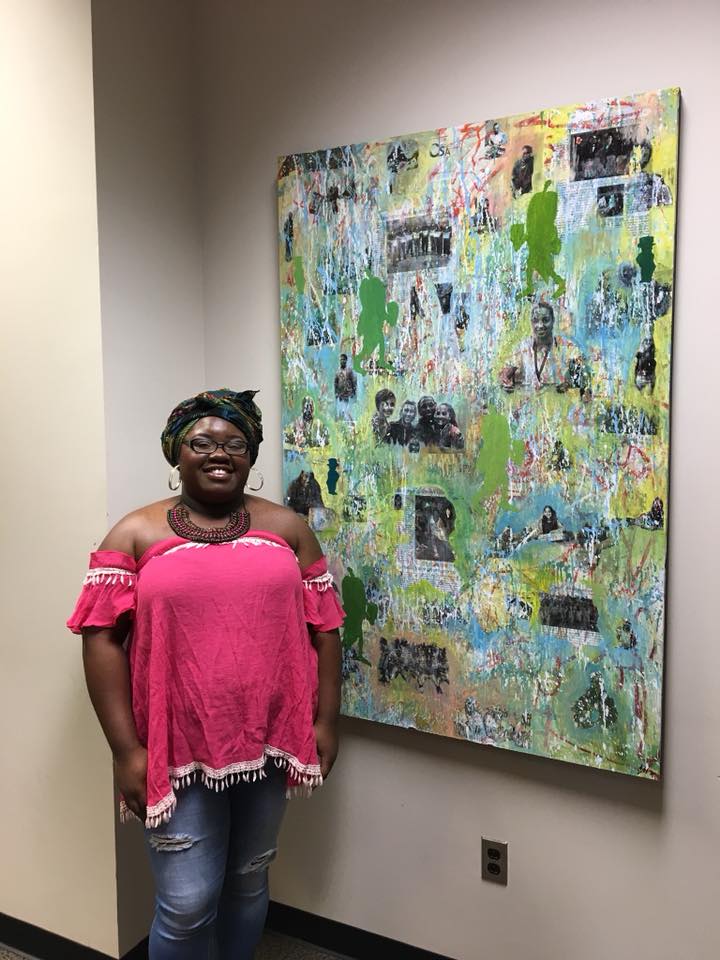 Art major Mia Chillis ’18 poses with one of her pieces made for Delta State's Office of Admissions.

Senior art major Shawna Leigh reproduced three mural paintings for Neysa’s Fireside Shop, an antique store in downtown Cleveland, in commemoration of Jim Seale, a DSU graduate (class of 1982) who taught art at his alma mater and died in 2008 at age 51. Seale created them years ago on plywood with oil-based paint; weather damage caused deterioration. Leigh’s reproductions are on a durable surface of PolyMetal (plastic sandwiched between aluminum sheets). 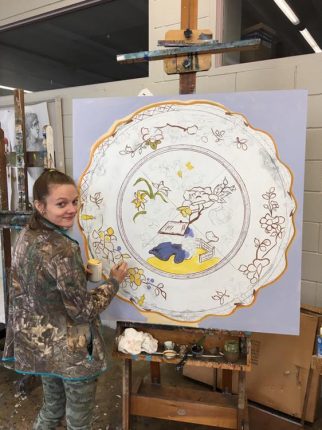 Senior art major Shawna Leigh at work at of her reproductions of a painting by the late Jim Seale ’82 for Neysa’s Fireside Shop, an antique store in downtown Cleveland. 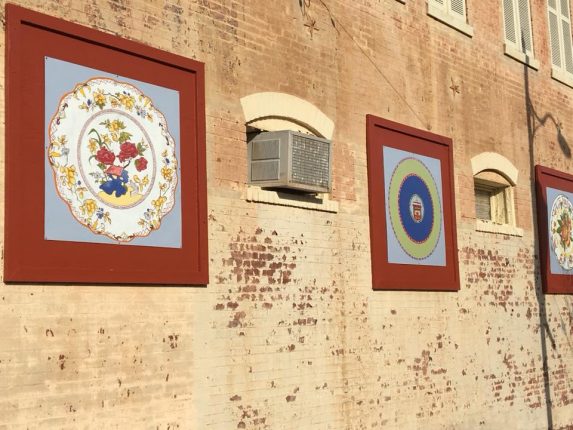 “I considered this opportunity an honor to restore these beautiful and intricate paintings previously created by a well-regarded artist,” said Leigh. “It was a great, once-in-a-lifetime thing for an aspiring artist. It was also an inspirational project to know that your work will be displayed in town for years and years to come.”

Art major Mia Chillis ’18, an art instructor and mentor specialist for C2k Minisitries Inc.’s RE:Direct After School Program in Cleveland, completed three mixed-media paintings for Delta State’s Office of Admissions, upon the request of director Merritt Dain, who wanted imagery to reflect the spirit of DSU and to be welcoming. She transferred images of campus life from DSU yearbooks and peppered them with images of the university’s mascots, the Fighting Okra and Statesmen, in shades of green.

“It was my goal to create pieces of artwork that not only reflected my years as a student here but also captured the essence of my peers,” said Chillis. “I’ve learned so much about myself academically, spiritually, and mentally. The coursework was rigorous, I gained a family through campus ministry, and I’ve learned how to transition into adulthood with the help of peers, professors, and professional counselors alike.” 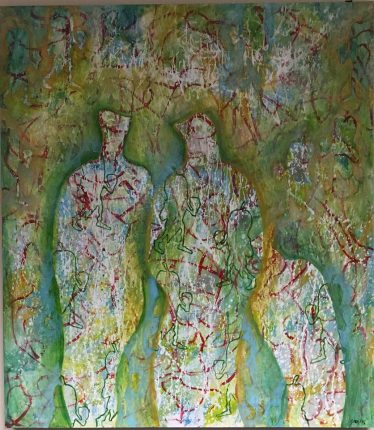 Another of Chillis’ works for Admissions.

Professor of Art Cetin Oguz, who guided the projects, said the installations served as professional development for the students. For instance, they were required to create a business proposal and contract, he explained. And, Oguz added, a well-done visual like these “makes that direct connection with people.” Win-win for creator and viewer, in other words. 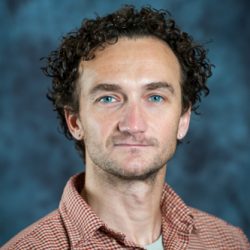