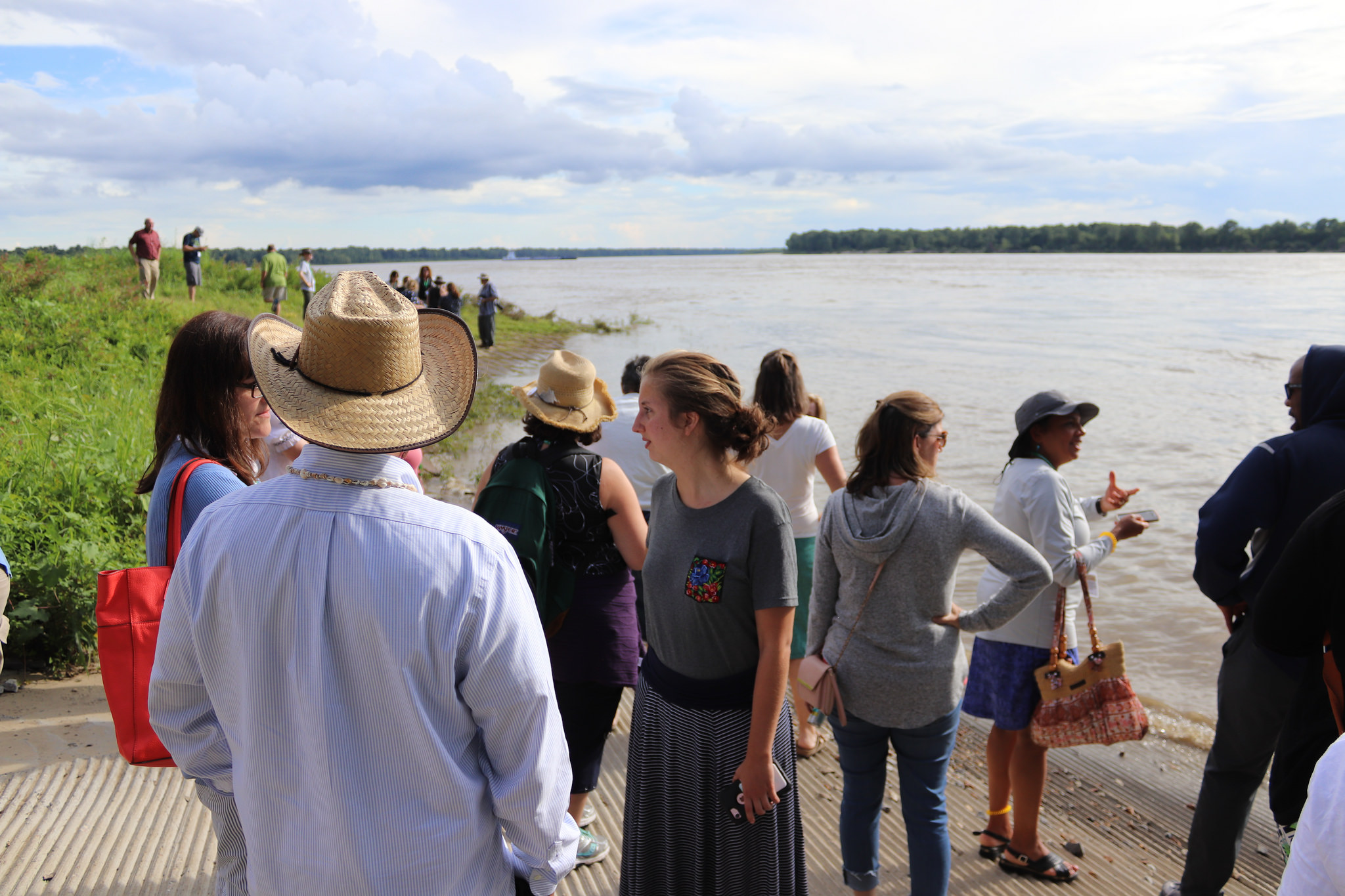 NEH Most Southern workshop participants gather in June 2018 for discussions at the historic Flood of 1927 levee break site at the Mississippi River.

The Delta Center for Culture and Learning’s venerable summer workshop, “The Most Southern Place on Earth: Music, History, and Culture of the Mississippi Delta,” recently received further praise from the National Humanities Alliance (NHA), the official advocacy organization for the National Endowment of the Humanities (NEH). Alumni participants surveyed by the NHA consider the free weeklong professional development for K-12 educators as invariably helpful and often revelatory.

Last year, the NHA called Most Southern “engaging” and “life-shaping” and included it in profiles of high-impact humanities initiatives nationwide. “Over the course of six days, teachers examine the Delta’s past and present, experientially and intellectually, focusing especially on the region’s place in the civil rights movement and the development of blues music. They listen to local musicians, walk the landscape, and eat regional cuisine at local restaurants; they attend scholarly lectures and panels led by civil rights activists and FBI agents,” stated the NHA on webpages called NEH for All. “When they return to their classrooms around the country, the teachers bring not only a new appreciation for the Mississippi Delta’s role in our national history and culture, but also new methods—focused on food, music, and landscapes—by which to teach regional history to their students.”

This year, NHA got a second opinion—from participants. Feedback was anonymous and unanimous:

That the 10-year, $1.57 million endeavor—funded by the NEH and attended by more than 600 teachers in public and private primary and secondary schools so far—would garner such acclaim makes sense to NHA Executive Director Dr. Stephen Kidd.

“We have long been impressed by the quality of Delta State University’s program, ‘The Most Southern Place on Earth,’” he said. “It is gratifying, now, to see the degree to which it is valued by teachers whose careers are shaped by their experience in the Delta and who bring its history and culture home with them, sharing the region with communities across the United States.”

The survey included feedback from 137 Most Southern workshop alumni—more than 20 percent of participants. Among the findings: 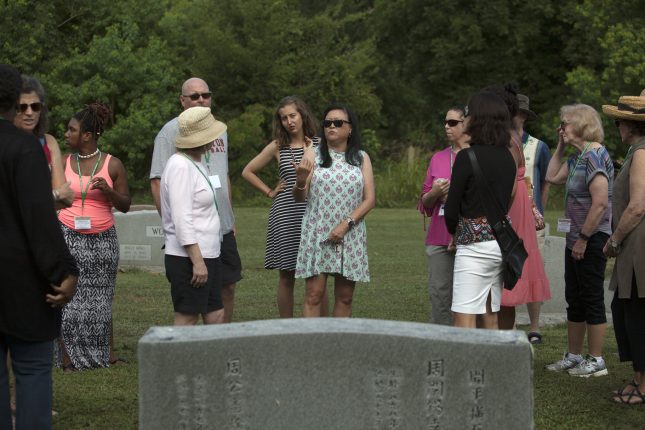 NEH Most Southern workshop participants learn about the Delta Chinese Cemetery in Greenville, Miss., in July 2018.

“We were honored that the National Humanities Alliance recognized Most Southern last year, and we were even more honored when the Alliance contacted The Delta Center about conducting this study,” said Dr. Rolando Herts, director of the Delta Center for Culture and Learning, which is part of Delta State University, and co-director of Most Southern with Lee Aylward, who is program associate for education and community outreach at the Delta Center. “We knew anecdotally that our program has impacted teachers and their school communities positively. Based on the results of this study, we now have strong empirical evidence that the Most Southern program is empowering educators nationwide to teach Mississippi Delta heritage stories and their significance to American history and culture.”

Attendees receive a stipend for their participation via NEH funding.

The NHA is a nationwide coalition of organizations advocating for the humanities on campuses, in communities, and on Capitol Hill. Founded in 1981, the NHA is supported by more than 200 member organizations, including colleges, universities, libraries, museums, cultural organizations, state humanities councils, and scholarly, professional, and higher education associations. It is the only organization that brings together the U.S. humanities community as a whole.

The mission of The Delta Center is to promote greater understanding of Mississippi Delta culture and history and its significance to the world through education, partnerships, and community engagement. The Delta Center serves as the management entity of the Mississippi Delta National Heritage Area, for which Herts serves as executive director, and is the home of the International Delta Blues Project. 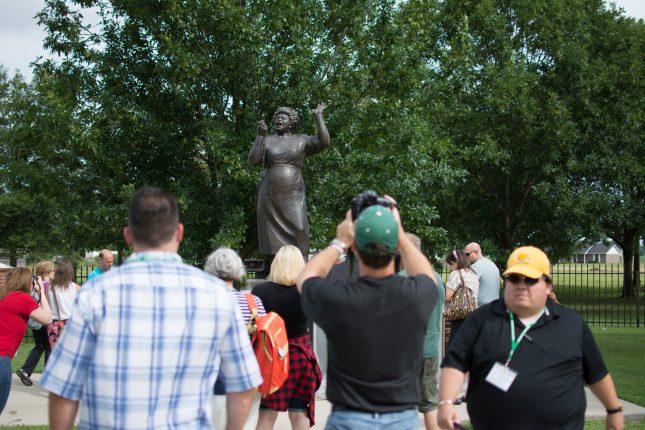