By pszatmaryJanuary 2, 2019College of Arts and Sciences 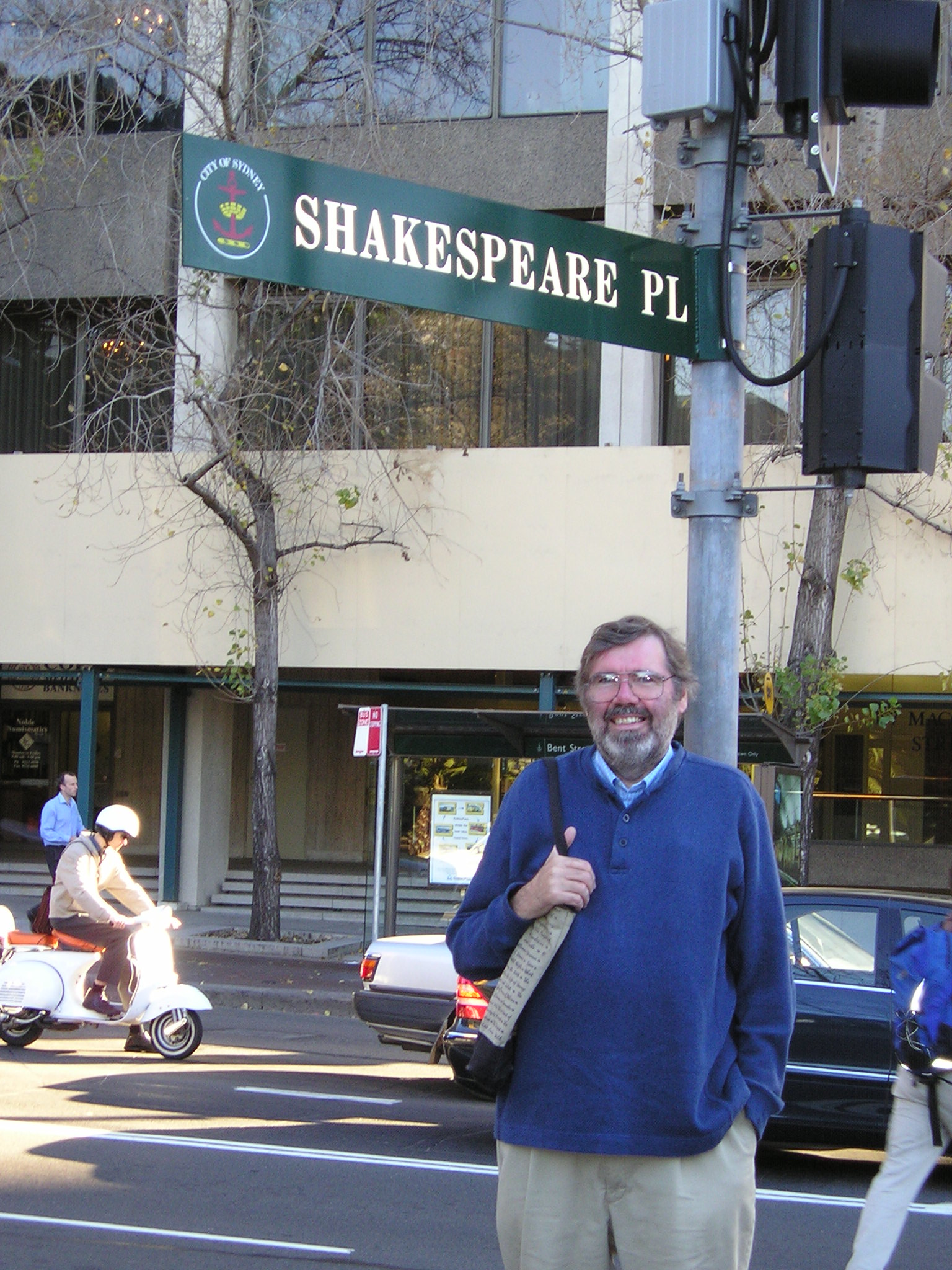 Shakespearean scholar John R. Ford, 72, a fixture in the Delta State University English Department for decades, died at Bolivar Medical Center in Cleveland, Miss., on Dec. 24, 2018, after a long struggle against Alzheimer’s and Parkinson’s diseases.

John Robert Ford was born on Sept. 28, 1946, in Salem, Mass., to the late John F. and Eileen F. Ford. He graduated from Saugus (Mass.) High School in 1964 and Boston College in 1968 with a degree in economics and the intention of being an anti-trust lawyer. After being drafted, he deferred his law-school matriculation and served in the Army from 1968 through 1970, working in the staff judge advocate’s office at Fort Hood, Texas. That experience changed his life. In 1973, he enrolled as a special student in English at the University of Maine; he was accepted into its graduate program and received his M.A. in 1976. He taught as an instructor there until 1978, when he left for the Ph.D. program at the University of Michigan.

Ford taught at Delta State from 1983 to 2011 and was a passionate advocate for Shakespeare, poetry, drama, and analytical thinking and writing. He participated in National Endowment for the Humanities summer institutes at the Folger Shakespeare Library in Washington, D.C., in 1992 and Harrisonburg, Va. (then home of the acting company Shenandoah Shakespeare), in 1995. Both of those experiences stimulated his teaching and scholarship. He was the author of many essays on Shakespeare, especially Shakespeare in performance, and two books:  Twelfth Night: A Guide to the Play (Greenwood, 2005) and an edition of A Midsummer Night’s Dream (Focus, 2010). He received the DSU Foundation Award for Outstanding Research. He was a frequent presenter of his work at conferences, in particular the Shakespeare Association of America, the Blackfriars Conference, and the South-Central Renaissance Conference (for which he served terms as program chair and president).

Ford was a brilliant thinker and writer; he was a man of wit and generosity, who loved both what he called the “sentimental ironies” of country music and the soaring strains of opera. He was an avid used-book collector and had an endless appetite for theater, travelling everywhere in pursuit of Shakespeare—from Memphis to Maine to Stratford-upon-Avon. No production was too small or out of the way, and he was always generously receptive to what directors and actors were trying to achieve. 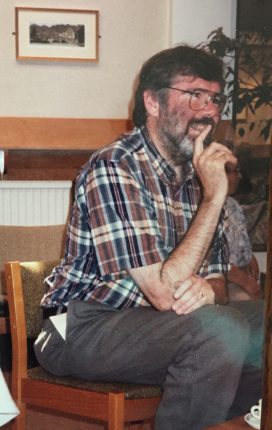 Ford makes a point at Stratford-upon-Avon, birthplace of his beloved Shakespeare.

He approached his illness with courage, dignity, and deep gratitude to all his caregivers over the years as well as to his communities, particularly Sunny Seniors and Our Lady of Victories. His family is grateful for the loving care he received throughout the nine years of his illness, particularly from Bolivar Medical Center and its Long Term Care facility as well as from Naomi Steele and Shalonda Terry.

Ford’s collection of more than 1,000 “lust covers,” classic paperbacks from the 1930s through the 1970s, has been donated to the Special Collections at the Michigan State University Library. His papers are in the Delta State archives, and his books have been given to Delta State’s Roberts-LaForge Library as well as to colleagues, friends, and students.

In addition to a wealth of friends, he is survived by his wife, Susan Allen Ford, who recently retired as an English professor at Delta State after 35 years of service, of Cleveland; siblings Thomas H. Ford and Deborah Hughes of Pepperel, Mass.; Kevin P. and Christine Ford of Saugus, Mass.; Kathleen T. Leavell of Lancaster, Ky.; Evelyn M. and David Pike of Amesbury, Mass.; and Frances F. and Paul Carbone of Bethlehem, N.H.; brothers- and sisters-in-law Michael H. and Mary Allen of York, Pa.; Robert D. and Fumiko Allen of San Jose, Calif,; John P. Allen of Norman, Okla.; William R. and Susan Allen of North Royalton, Ohio; the Very Rev. Richard J. Allen of Hermitage, Pa.; and Mary Elizabeth and Jose Olivier of Annapolis, Md.; and many nieces, nephews, and great-nieces and nephews.

Visitation will be held at Our Lady of Victories Catholic Church in Cleveland at 10 AM on Friday, Jan. 4. A Mass of Christian Burial, concelebrated by Fr. Kent Bowlds and Fr. Richard Allen, will follow at 11:30.

In lieu of flowers, memorial contributions may be made to the John R. Ford Shakespeare Award at the Delta State University Foundation, DSU Box 3141, Cleveland, MS 38733; Sunny Seniors (an Alzheimer’s respite program), 107 S. Victoria Ave., Cleveland, MS 38732; or a charity of the donor’s choice.