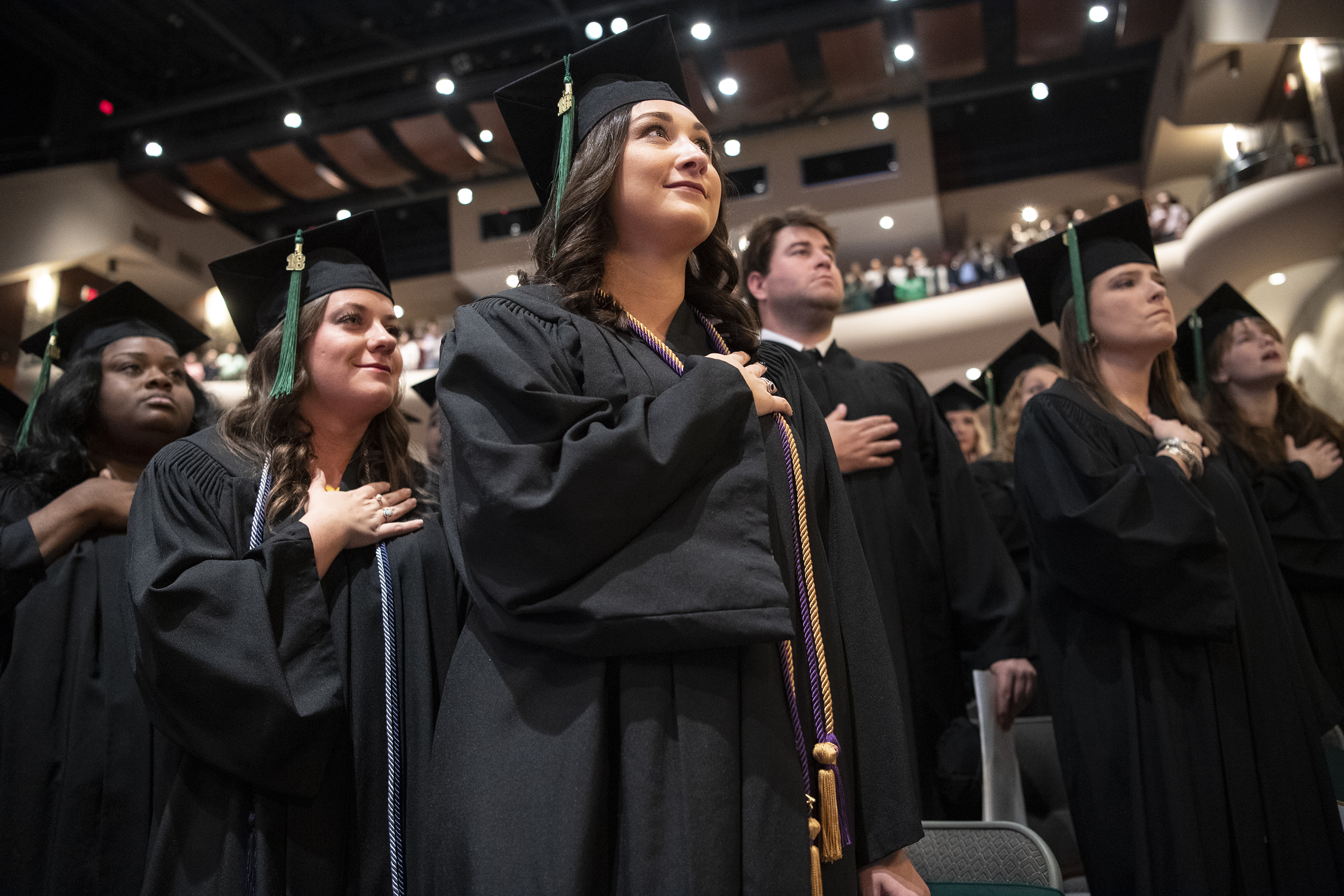 “Today, graduates, you have reached a milestone, and we are very pleased to recognize your achievements,” declared Delta State President William N. LaForge, who led both the morning session, which honored undergraduate students from the Robert E. Smith School of Nursing and all graduate students, and the afternoon event, which celebrated undergraduates from the Colleges of Arts and Sciences, Business and Aviation, and Education and Human Sciences. “I urge you to view your college education as a trust that commits you to a lifetime of learning and service.” 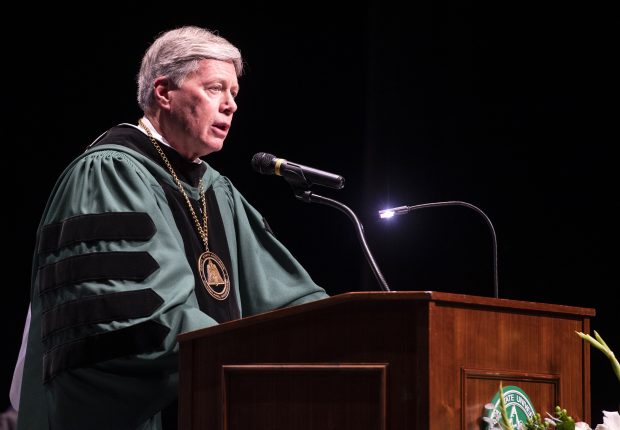 Dr. Clifton Wingard, former chair of the Department of Mathematics and recipient last spring of the 2018 S. E. Kossman Teaching Award, the highest distinction a faculty member may be accorded at Delta State, delivered the keynote address. “Don’t forget the institutions and the people who helped you achieve this milestone,” remarked Wingard, who departed Delta State after 22 years to join the Mississippi School for Mathematics and Science in Columbus but who returned to campus to speak, upholding the Delta State tradition that the Kossman award winner address fall commencement graduates. 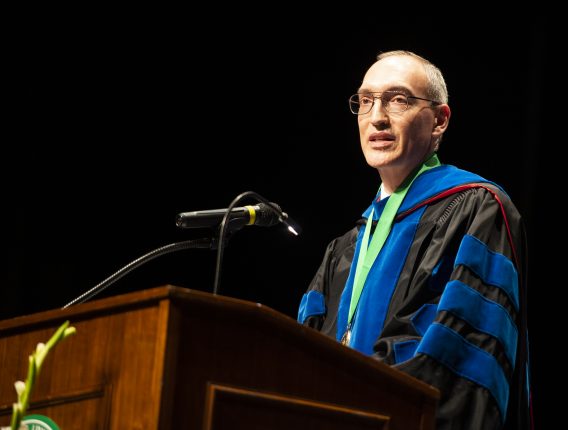 University Mace Bearer, Athletic Director, and Assistant Professor of Health, Physical Education, and Recreation Ronnie Mayers received an honorary doctorate. A Delta State alumnus—B.S. in health, physical education, and recreation in 1974 and a master of education in physical education in 1975—he is retiring from Delta State at the end of the year after 42 years of service. Under his leadership as coach of the men’s and women’s swim and diving teams, Delta State produced 56 individual All-Americans and 21 Academic All-Americans; his teams made 15 NCAA Division II national championship appearances; and he was named New South Intercollegiate Swim Conference Coach of the Year 14 times. As athletic director, he oversaw numerous facility enhancements.

“It’s been a pleasure,” said a visibly moved Mayers, “and it’s a real honor.”

The 223 undergraduate degrees broke down as follows: College of Arts and Sciences, 79; College of Education and Human Sciences, 67; College of Business and Aviation, 42; School of Nursing, 35.

The 113 graduate degrees broke down as follows: College of Education and Human Sciences, 51; College of Business and Aviation, 38; College of Arts and Sciences, 22; School of Nursing, 2.

Graduates and their guests hugged and took selfies, casting warm light on the drizzly weather. 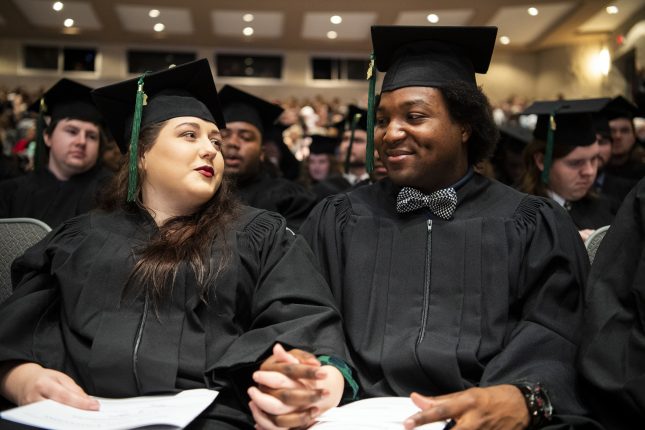 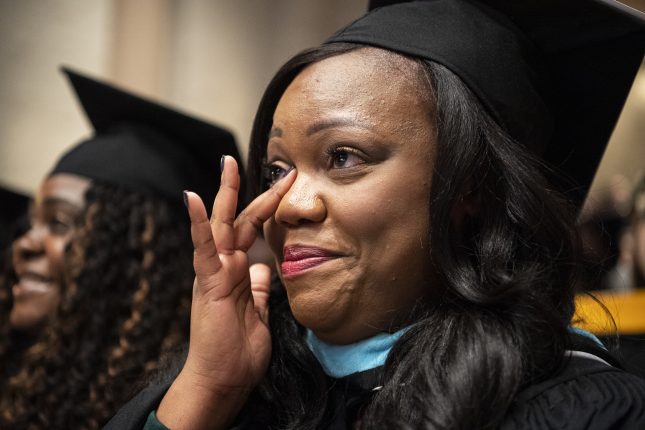