By pszatmaryOctober 31, 2018Communications and Marketing 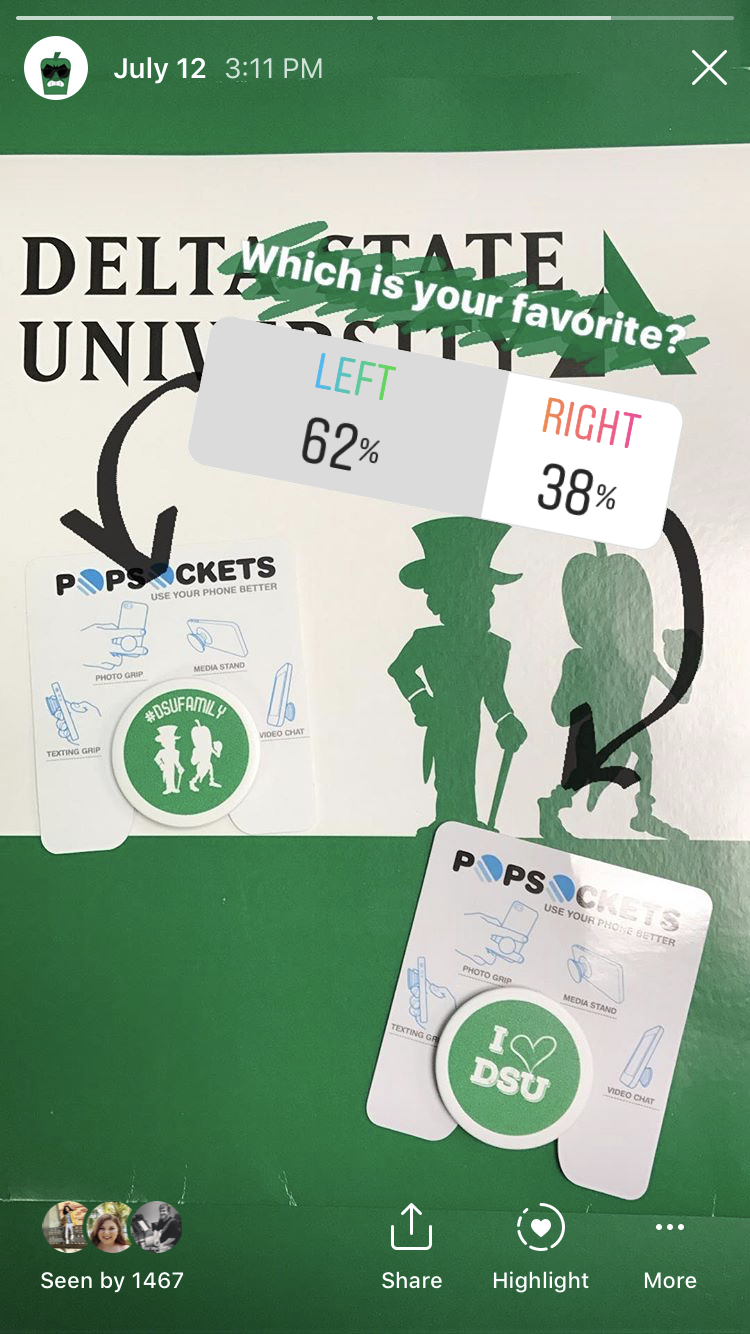 Caroline Fletcher, the social media specialist for Delta State University, earned kudos from software company Mish Guru for what it called “a brilliant idea” to grow audiences and increase engagement on Snapchat and Instagram.

Mish Guru, which provides full-service storytelling for Snapchat and Instagram, praised her as a “magician” for combining traditional Instagram polls with the introduction of Delta State pop sockets, a cell phone accessory. Fletcher used Instagram stories to increase excitement for the new promotional items distributed in giveaways. Since the utilization of Mish Guru, Delta State’s Snapchat followers have increased by 590 percent.

“I’m excited that Mish Guru has noticed my hard work,” said Fletcher, who has been social media specialist for Delta State for the past three years and who earned a master of science in 2015 from the school. “My goal for this academic year is to boost engagement across all social media platforms, and I have been able to do that by staying up-to-date on new technology and trends, including using Mish Guru.”

“We’re proud but not surprised that Caroline’s efforts have been singled out by industry influencers as enterprising and clever,” said Peter Szatmary, director of Delta State’s Office of Communications and Marketing. “This is the latest example of how Delta State stays on top of best practices in the social media realm.”

Delta State’s Office of Communications and Marketing has been utilizing software from Mish Guru since the summer. More than one billion stories are created on Snapchat and Instagram every day. Mish Guru, founded in 2014, helps brands like McDonald’s, Spotify, and Delta State tap into their stories on the channels where their audiences are paying attention.