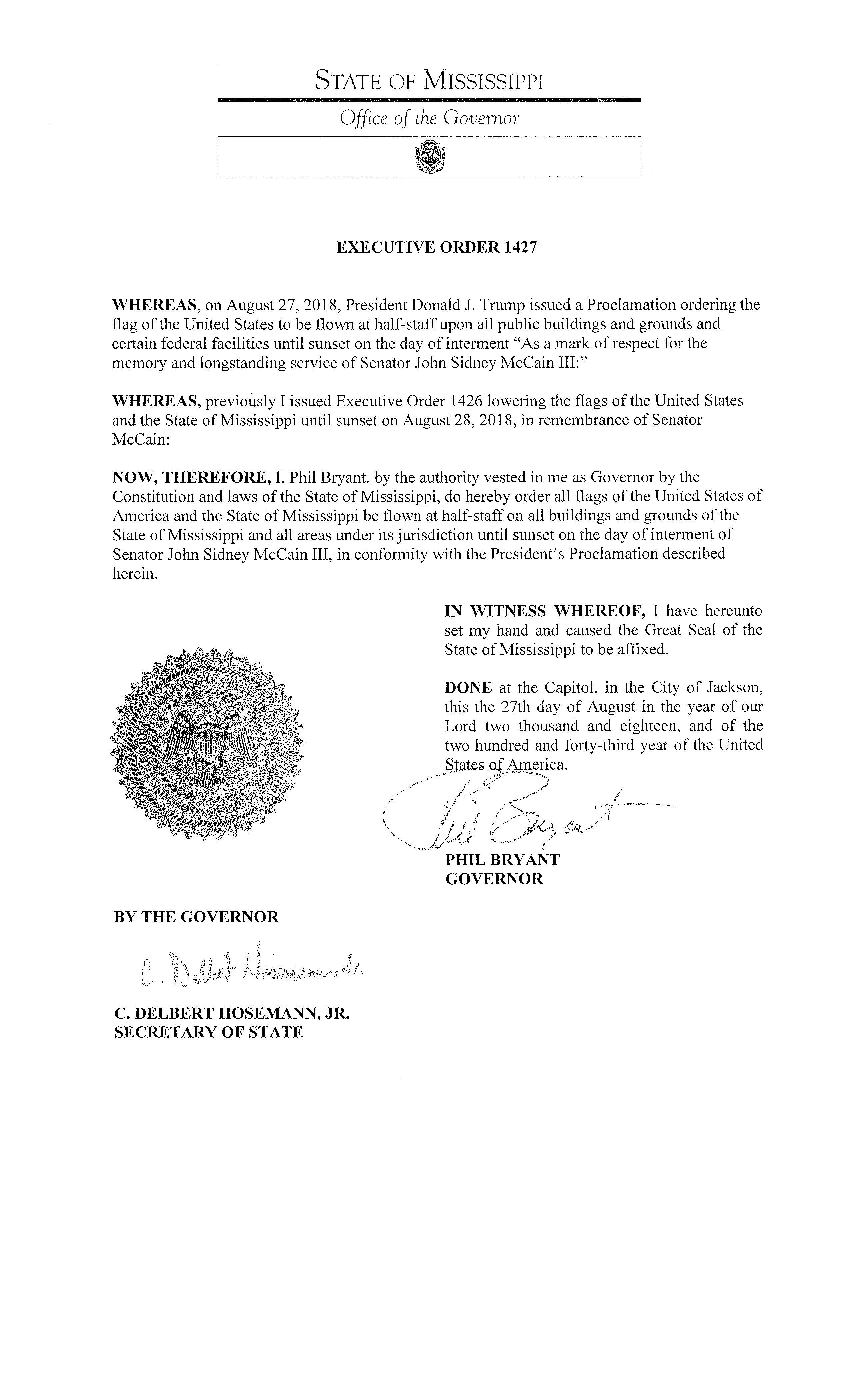 President Donald J. Trump has ordered that the United States flag be flown at half-staff in memory of Senator John Sidney McCain III.

Details about John McCain’s funeral services have been announced after the longtime Arizona senator died on Saturday. McCain, who died roughly a year after being diagnosed with an aggressive form of brain cancer, was 81.

McCain will lie in state in both the Arizona Capitol and the U.S. Capitol Rotunda on Wednesday and Friday, respectively, before his burial in a private service in Annapolis on Sunday, a McCain family spokesperson confirmed on Monday.