Boz Scaggs – ‘Out Of The Blues’ tour to Play BPAC 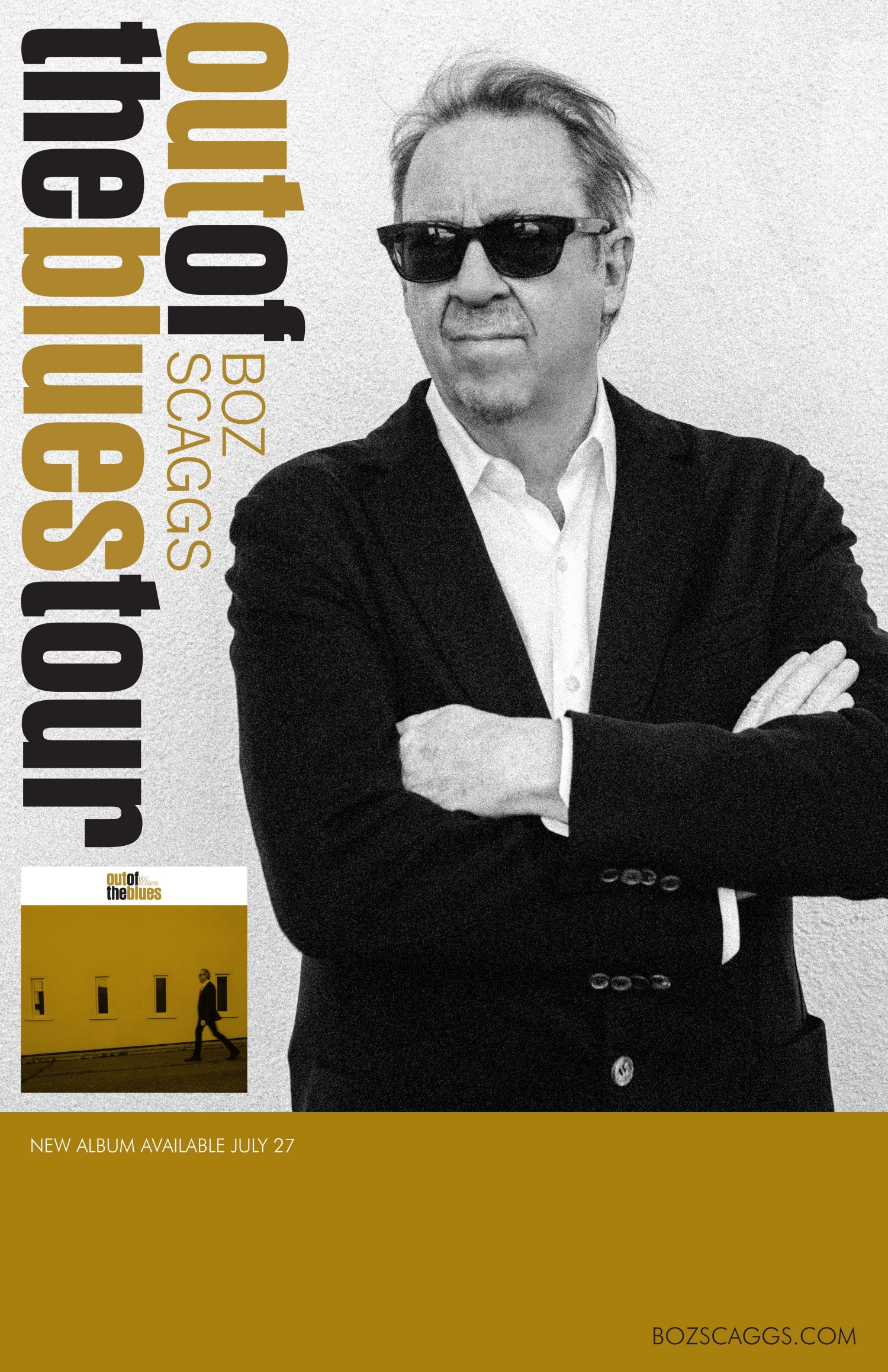 Boz Scaggs will perform live in concert Tuesday, August 28 at 7:30 p.m. at the Bologna Performing Arts Center (BPAC) at Delta State University. The concert is locally sponsored by Bolivar Medical Center. Tickets start at $40.00 and are on sale at the BPAC Ticket Office, by phone 662-846-4626, or online www.bolognapac.com.

It’s appropriate that Boz Scaggs‘ new album is Out of the Blues, since the blues is what first sparked his five-decade musical career. Born William Royce Scaggs in Canton, Ohio on June 8, 1944, he grew up in Oklahoma and Texas, where he spent his teenage years immersed in the blues, R&B and early rock ‘n’ roll.

Scaggs continued to mine a personalized mix of rock, blues and R&B influences, along with a signature style of ballads on such influential ’70s albums as Moments, Boz Scaggs & Band, My Time, Slow Dancer and 1976’s Silk Degrees. The latter release became a massive commercial breakthrough, reaching Number Two and remaining on the album charts for 115 weeks. It spawned three Top 40 hit singles: “It’s Over,” “Lido Shuffle” and the Grammy-winning “Lowdown.”  Subsequently, “We’re All Alone” from that same album, would become a #1 single for Rita Coolidge.  Silk Degrees was followed by the albums Down Two Then Left and Middle Man, and such hit singles as “Breakdown Dead Ahead,” “Jo Jo” and “Look What You’ve Done to Me.”

“Music has been a constant companion and I’m feeling more free with it than ever,” Scaggs comments. “I feel like I’ve found my voice through all these years, and I’ve gotten closer to where I want to be with my approach.”

Prior to the Boz Scaggs concert, weather permitting, there will be a picnic-style dinner in the Sanders Sculpture Garden located in front of the BPAC. Live music will be provided by Gramm Phillips. Also, Moonlight Smokers and Delta Meat Market will have their food trucks on-site for dinner purchases. Dinner in the garden will last from 5:30-7:15pm, and the concert begins in the BPAC at 7:30pm.