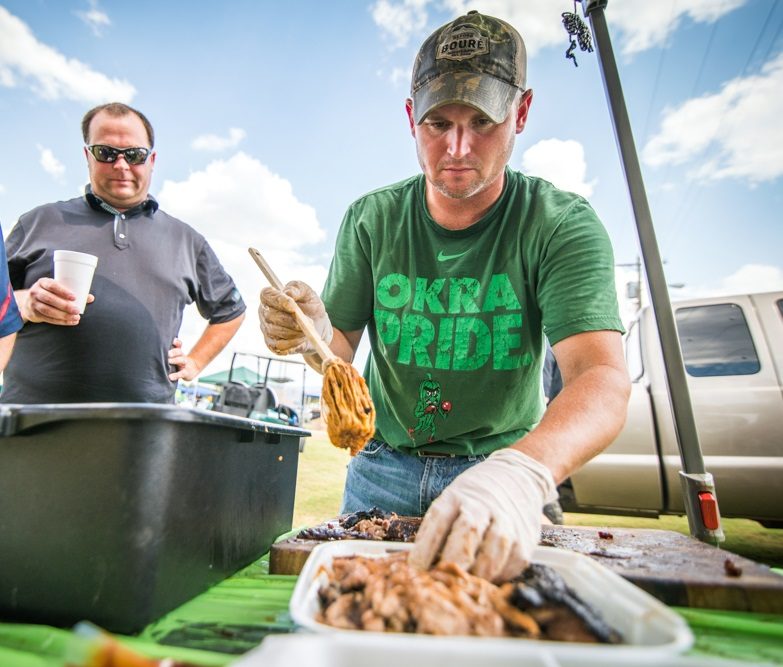 It’s time to fire up the grill and get ready for the Delta State University National Alumni Association’s 33rd annual Pig Pickin’ slated for Sept. 21-22 at Statesman Park.

“We are excited about this year’s Pig Pickin’ which has grown exponentially every year for the past 32 years,” said Amanda Robinson, Assistant Director of Alumni Affairs. “We have 30-plus barbecue teams from across the state and beyond vying for the top spots of Grand Champion. We would love to continue having new teams sign up and are thankful to the teams who keep coming back for the chance to take it all.”

Now a member of the Memphis BBQ Network, Pig Pickin’ offers an array of categories for competition barbecue teams.

The Memphis Barbecue Network, MBN, is one of the leading sanctioning bodies of barbecue contests in the world. It is dedicated to promoting and preserving the unique Memphis-style barbecue though education, support and management. MBN officials assist event organizers in promoting, organizing and conducting the sanctioned events in accordance with MBN standards.

Among the categories is the Anything But Division, where cook teams can get creative by entering sauce, baked beans, sausage prepared any way, and of course, okra! This competition will be judged on Friday night.

The Patio Division cook teams must compete in three categories to be eligible for GRAND Champion. Those categories are pulled pork, pork ribs and pork loin. First place winners will receive $125, $100 for second, $75 for third, $50 for fourth and $25 for fifth and a trophy for each category.

The Championship Division includes whole hog, pulled pork and pork ribs. Winners will receive a trophy in each category plus, $500 for first place, $400 for second, $300 for third, $200 for fourth and $100 for fifth.

Patio Grand Champions will receive $200, a trophy and a paid Patio entry in the Great Ruleville Roast.

Champion Grand Champion will receive $700 plus a trophy.

Championship teams competing in Pig Pickin’ will qualify for the Delta BBQ Battle. Teams’ highest preliminary score in the official meat categories will be combined with highest scores from Que on the Yazoo, Great Ruleville Roast and Cleveland Octoberfest/MS Delta State BBQ Championship. Winners will receive $5,000. Patio teams will compete for the Delta BBQ Battle. To be eligible, teams must compete in three of the four MBN events. The winner will receive $1,500.