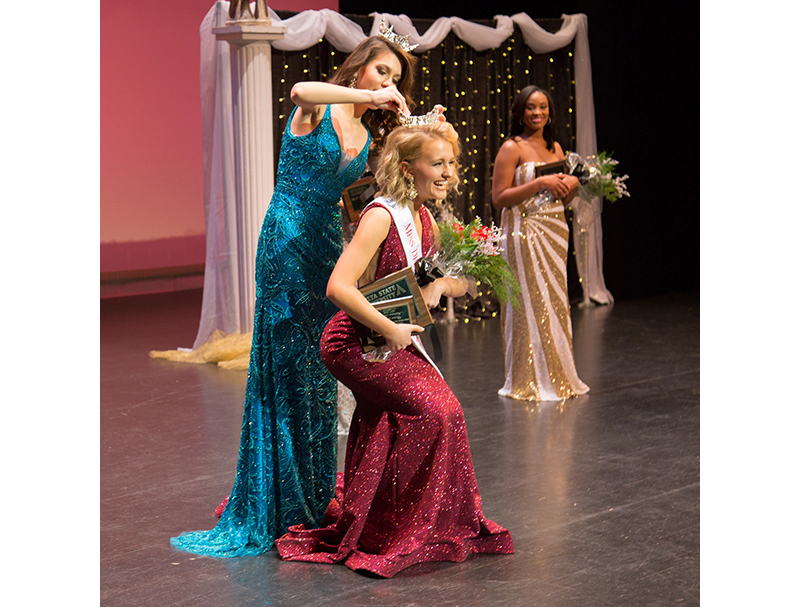 Gillian Oakley, a junior music education major from Southaven, Mississippi, will represent Delta State at the Miss Mississippi Pageant in 2018.

Her victory marks only the second time in the university’s history that a contestant has claimed the crown twice. She was previously crowned Miss DSU in 2016. Mary Ann Collins is the only other repeat winner when she won the crown in 1959 and 1961.

“I’m incredibly humbled to be Miss DSU once again,” said Oakley. “Now that I’m two years older, and I’ve seen all that goes into this competition, I think I have an even greater appreciation. I talked myself into thinking I didn’t have a chance because I had won once, so it was such a relief to hear my name called again.”

Oakley said she was unaware that only one other person was a repeat winner, and she would work hard throughout the year to honor the crown.

Oakley sang “My Way” by Frank Sinatra for the talent portion of the competition. Her platform is suicide awareness and prevention. In the upcoming months, she will be busy visiting different local and state schools promoting her platform.

This year’s first alternate was Chesney Mardis, a health, physical education and recreation major from Mount Dora, Florida, and the second alternate was Antoinque McGee, a social work major from Pace, Mississippi.