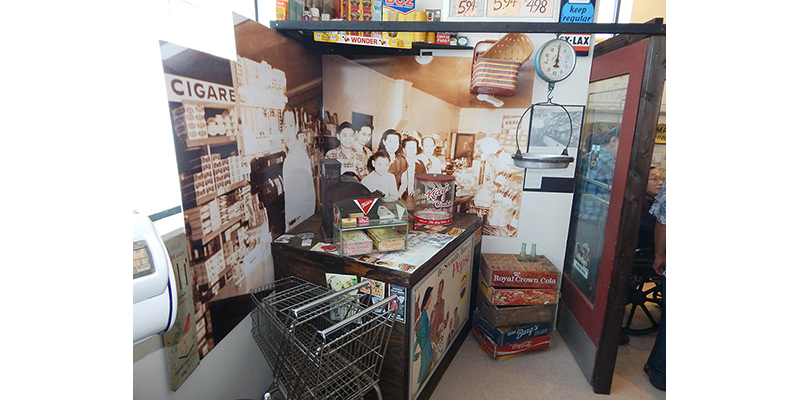 Melissa Block and Alyssa Nordsworny from NPR received a special tour of the Chinese museum. The two were in the Delta working on programming for NPR focused on Gilroy and Sally Chow of Clarksdale, a culinry duo who have received national attention from the likes of The New York Times, Washington Post, The Smithsonian and more.

“They’ve been the epitome of culinary fusion in the Delta for some time,” said Emily Jones, university archivist. “So NPR was in town to interview them yet again, and Gilroy, who is my Mississippi Delta Chinese Heritage Museum board president, recommended that they stop by to see the museum.”

Against the backdrop of a rapidly disappearing society and culture, the museum promotes local heritage preservation by actively collecting oral histories, memorabilia, photographs and textile materials related to the history and story of the Mississippi Delta Chinese immigration and settlement.

“Where Chinese grocery stores once dominated our small towns, today their influence is markedly less notable,” added Jones. “It is because of their physical absence that documenting, preserving and retelling their stories becomes vital.”