By Delta StateFebruary 17, 2017Archives and Museum 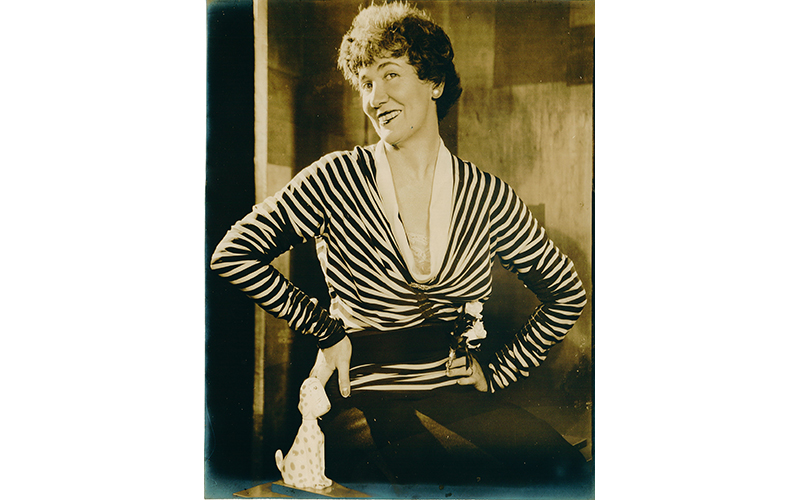 The public is invited to attend the 2017 Lucy Somerville Howorth Woman of Achievement Award on April 2 at 2 p.m. at the Charles W. Capps Jr. Archives and Museum Building at Delta State.

Richards was born Martha Kinman Wynn in 1888 in Friars Point, Mississippi. She moved to Greenville with her parents at a young age, where she lived until attending school in Nashville, Tennessee. In 1918, she read an article in the Christian Science Monitor that steered her to pursue a career in photography.

“Matsy was a successful woman in a time where women were unlikely to be,” said Daniel Shemwell, recipient of the 2016-17 Lucy Somerville Howorth Fellowship. “Matsy broke free of perpetuated norms in the south in 1918 when she went in search of an education in photography. Forging a career out of something she was both deeply passionate about and skilled at, her work became so successful, she attracted attention from giants like Vogue Magazine and Fox Studios. She lived life to the fullest. Matsy was an inspiration to many in the field of photography and is still talked about and studied today.”

Following the award ceremony, a new exhibit featuring Richards’s life work and accomplishments will open in the main gallery.

“Since beginning my work with Matsy when I received the fellowship in the fall of 2016, I have had the unique opportunity of working with some of her living relatives who knew her,” added Shemwell. “Her family offered me a real life connection to the woman whose works are in boxes in the archives. This project has focused my historical interest and I hope others will enjoy seeing her life’s work as I have.”

“Women of the Delta have made significant contributions to not only the social and cultural landscape of the region, but have been in the unique position to serve as ambassadors of the Delta to the rest of the world,” said Jones. “I am proud that Judge Lucy chose this awards program to bear her name and support as a lasting legacy.”