Berman and Wise to be featured at Winning the Race 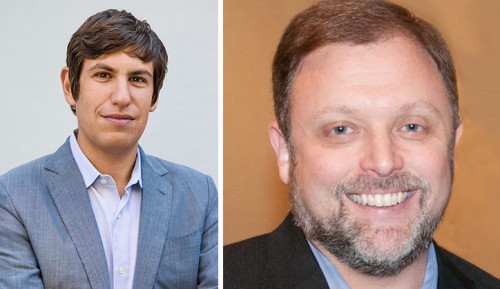 Ari Berman, left, and Tim Wise are the two highlight speakers at the third annual Winning the Race conference at Delta State March 28-29.

Delta State University’s award-winning race relations conference, Winning the Race, will feature two highlight speakers at this year’s event which will be hosted on campus March 28-29.

Ari Berman is a contributing writer for The Nation magazine and an investigative journalism fellow at The Nation Institute. He has written extensively about American politics, civil rights and the intersection of money and politics. His stories have appeared in the New York Times, Rolling Stone and The Guardian, and he is a frequent political commentator on MSNBC, C-Span and NPR.

His new book, “Give Us the Ballot: The Modern Struggle for Voting Rights in America,” was published in August 2015 by Farrar, Straus and Giroux. Berman graduated from the Medill School of Journalism at Northwestern University with a degree in journalism and political science. He lives in New York City.

Tim Wise is the author of seven books, including his highly-acclaimed memoir, “White Like Me: Reflections on Race from a Privileged Son.” He has contributed chapters or essays to over 25 additional books and his writings are taught in colleges and universities across the nation. Wise appears regularly on CNN and MSNBC to discuss race issues.

Wise is among the nation’s most prominent antiracist essayists and educators and has spent the past 20 years speaking to audiences in all 50 states, on over 1,000 college and high school campuses, at hundreds of professional and academic conferences, and to community groups across the nation.

This year’s conference is titled “Winning the Race: Advancing Social Justice in Communities and Institutions.”

The inaugural program spearheaded by Delta State President William N. LaForge in 2014, was designed as an innovative academic conference. The 2016 schedule promises to build on the meaningful dialogue presented at previous conferences.