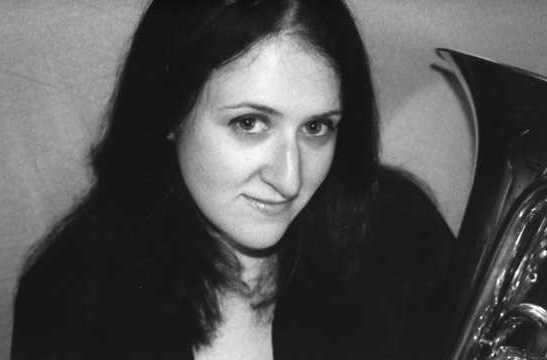 The Delta State University Department of Music presents an afternoon of euphonium music with Dr. Jamie Lipton March 29 at 3 p.m. in the recital hall of the Bologna Performing Arts Center.

The recital, free and open to the public, will take place in the recital hall of the Bologna Performing Arts Center on March 29 at 3 p.m. Lipton will be joined by fellow Henderson State colleagues, Dr. Mao Tsao-Lim (piano) and Todd Cranson (tuba). The performance will feature works by Neruda, Shostakovich, Sparke, Censhu and Gillingham.

Lipton is also co-director of the recently reformed Henderson State University Brass Band. She has been a faculty member at Texas Woman’s University and Tarrant County College, held a prestigious teaching fellowship at the University of North Texas, and taught private lessons and masterclasses for several of the top high school band programs in Texas.

Lipton has won many of the major euphonium competitions, including the 2006 Leonard Falcone Competition, the 2006 International Tuba and Euphonium Conference (ITEC) Competition, the 2006 Tubonium Competition and the 2005 Potomac Festival Competition. She also received third place in the Japan Wind and Percussion Competition in 2007. An active soloist, Lipton has been a featured artist at concerts and clinics all over the country, including the last three International Tuba/Euphonium Conferences in Denver, Cincinnati and Tucson. She has performed solos with the “President’s Own” U.S. Marine Band and “Pershing’s Own” Army Orchestra.