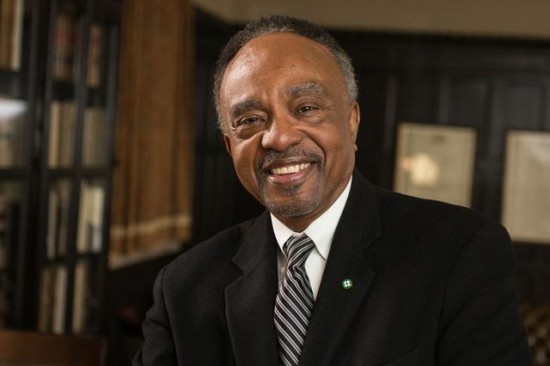 Delta native Clifton Taulbert will share his entrepreneurial advice at Winning the Race on the campus of Delta State next month.

Noted author and entrepreneur businessman Clifton L. Taulbert will shed light on his keys to success as a highlight speaker at next month’s Winning the Race Conference at Delta State University.

This year’s conference is titled “Winning the Race: Through Hearts & Minds. A Conversation on Building Connected Communities,” and will be hosted on campus March 30-31.

Taulbert was born in the Mississippi Delta, where he completed his secondary education during the era of legal segregation. Though opportunities were few and barriers were plentiful, Taulbert managed to dream of being successful, not knowing the shape that success would take.

To pass his life lessons along, Taulbert shares his entrepreneurial journey with others as a Thrive15.com mentor.

According to Taulbert, he could have failed had he not encountered community builders and entrepreneurial thinkers early on in his life.

Following high school and a short banking career in Saint Louis, Mo., he enlisted in the United States Air force. After successfully serving in the 89th Presidential Wing of the United States Air Force in the late 1960s, Taulbert was honorably discharged and continued his college education, graduating from Oral Roberts University and the Southwest Graduate School of Banking at Southern Methodist University.

During his college years, Taulbert was quietly writing. His first book, “Once Upon A Time When We Were Colored,” became a national best seller, a major motion picture and a requested gift for Nelson Mandela upon his release from prison.

“Eight Habits of the Heart,” one of Taulbert’s 14 books, garnered him an invitation by former Supreme Court Justice Sandra day O’Connor to address members of the court and their invited guests.

Taulbert’s literary work ignited the journey that has taken him throughout the world. As a recognized leader on the issues of community, he has lectured at Harvard University Principals Center, the United States Air Force Academy, at NATO in Brussels, the United States Capitol and more.

Learn more about this highly respected leader at http://www.cliftontaulbert.com/about-clifton-taulbert.