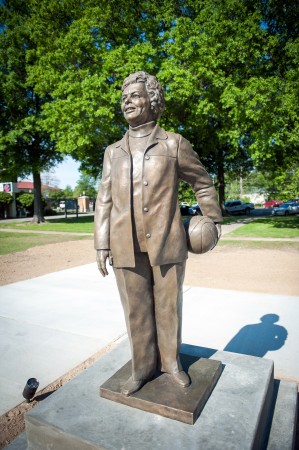 Plans to memorialize Wade began in 2006, and fundraising for the recognition kicked off in 2008. In just a short period of time, 210 contributors made the effort possible through a statue fund. Donations have come nationwide, with 22 states represented.

Spearheading the development were community members Caroline Gaines, Lucy Janoush and Ed Kossman Jr., along with Keith Fulcher, director of Alumni-Foundation. Wade’s former students and players at Cleveland High School and Delta State were very supportive in the fundraising efforts. 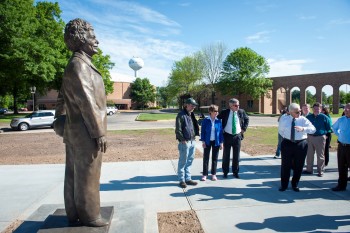 Delta State Athletic Director Ronnie Mayers welcomed a crowd as the statue was installed. He announced that an official dedication is scheduled for the week of Homecoming. Viewers admired the work of artist Bill Beckwith, a Greenville native, who commented on the piece.

“I think we got it right. It’s very respectful and I think she would like it,” said Beckwith.

Kossman knew right away Beckwith was the man for the job and felt that Wade’s recognition was long overdue.

“Coach Wade was everything a lady could be throughout her life and always had a smile,” said Kossman. “She was just loved by everyone that knew her. The statue may be a tremendous tourist attraction to basketball fans all across the nation and is a big asset to the Delta State campus. It portrays her life so well and represents what she stood for.”

Gaines played with Wade at Cleveland High School and feels she should be honored for her leadership in women’s basketball.

“To watch her rise and be honored was a goal that I had — to see to it that she was recognized in a way that she should be,” said Gaines.

“This is the first step in insuring that Delta State and the Cleveland community pay rightful tribute to a true legend — and one of ours. She was the mother of basketball,” said LaForge.

The legacy of Coach Margaret Wade will live on forever thanks to a the support of the lives she touched.  To read more about her life and legacy, visit www.facebook.com/coachmargaretwade. 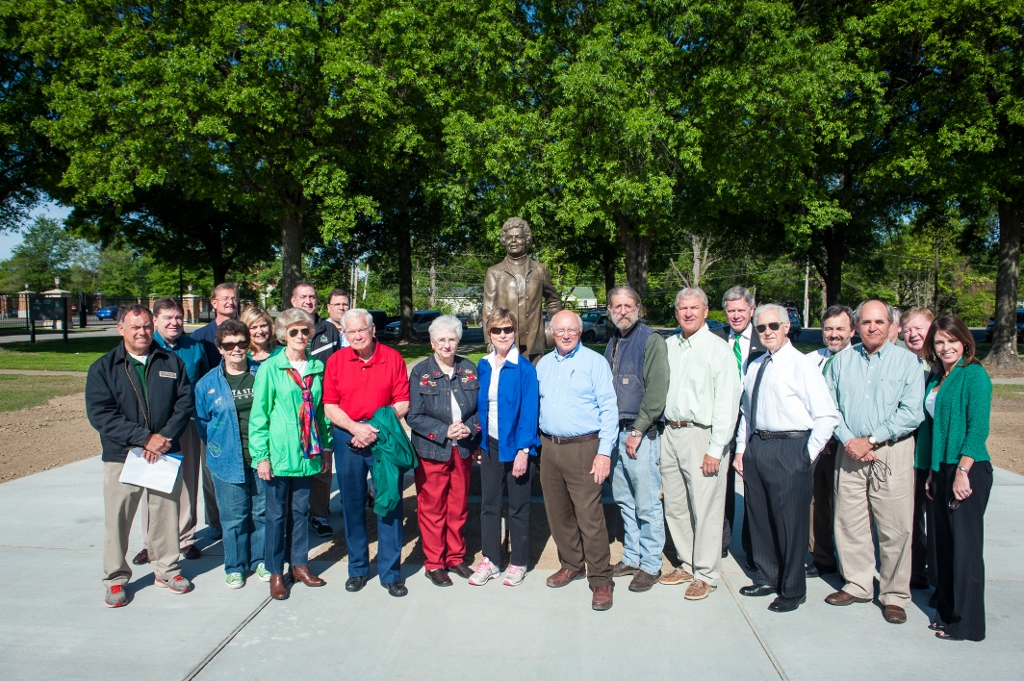