By September 27, 2013College of Arts and Sciences 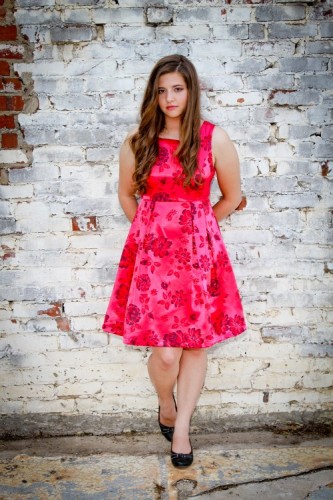 Jessica Faith performs at GRAMMY U Kickoff in Memphis

Jessica Faith, a freshman music industry studies major from Monticello, Arkansas, recently represented the Delta Music Institute (DMI) at Delta State University as a featured performer at this year’s GRAMMY U Kickoff event in Memphis. The event featured music and entertainment industry students from regional colleges and universities and was held on the campus of Rhodes College in Memphis.

“It’s quite an honor to have been chosen to perform at this event. I’m happy to have this kind of opportunity to perform my music for other GRAMMY U students,” says Faith.

Faith created her first album, “Wallflower,” at the Delta Music Institute during her senior year in high school. She planned and completed a senior songwriting project called The Anatomy Of An Album: From Start to Finish, experiencing every aspect of making an album, including songwriting, production, and recording, working with professional studio musicians, producers, and engineers. She performed several of her original songs at the GRAMMY U event.

The GRAMMY University Network (GRAMMY U) is a unique and fast-growing community of college students who are pursuing a career in the music industry. The Recording Academy® created GRAMMY U to help prepare students for careers in the recording industry through networking, educational programs and performance opportunities.

The Delta Music Institute is an independent center of study under the College of Arts and Sciences at Delta State University, offering a B.S. degree in Music Industry Studies. The focus of the DMI is to provide students with a broad and thorough education in the technological, creative, and business areas of the music and entertainment industry. For information, contact (662) 846-4579 or visit http://dmi.deltastate.edu.