Faculty talent to showcase in recital

By September 27, 2013College of Arts and Sciences 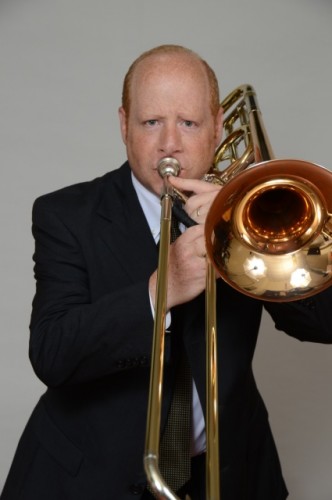 Dr. Mark Butler will be featured in a recital at the BPAC

The Delta State University Department of Music will present Dr. Douglas Mark, associate professor of trombone/low brass, in a faculty recital on Oct. 8 at 7:30 p.m. in the Recital Hall of the Bologna Performing Arts Center.

The recital will include both popular classics of the trombone repertoire, as well as lesser known works. The first selection on the program is “Piece in Eb Minor” written by French composer J-Guy Ropartz.  It is considered to be a staple of the trombone library.  This will be followed by another classic, Henri Dutilleux’s “Choral, Cadence et Fugato.”  Its performance pays homage to Mr. Dutilleux, who passed away in June.

A highlight of the recital will be the performance of a set of three rarely played arias from the classical period.  These unique works, which will feature Barrett,  are original compositions that blend the timbre of the trombone with the human voice.  The set includes a selection entitled “Menschen sagt Was ist das leben?” from Ernst Eberlin’s oratorio, Der verlorene Sohn, Carlo Müller’s “Plauctus anime Suspirautis ad Deum” and Wolfgang Amadeus Mozart’s “Jener Donnerworte Kraft” from his Die Schuldigkeit des ersten Gebotes.

The second half of the performance includes works that are significantly more contemporary.  Dr. Mark will perform “Arrows of Time” by American composer Richard Peaslee and will close the recital with a work by Swiss composer John Glenesk Mortimer, entitled “Trombonissimo.”

Dr. Mark is an artist/clinician for Antoine Courtois Paris trombones.