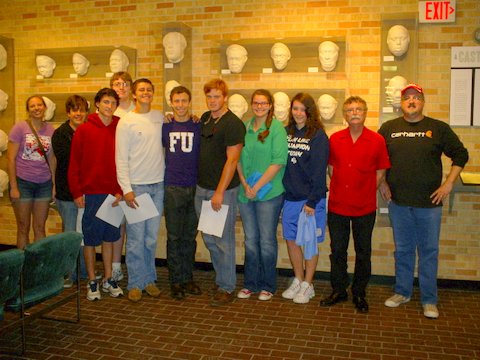 The Delta Center for Culture and Learning at Delta State University recently provided an overview of the Delta’s cultural heritage to a class from St. Stephen’s Episcopal School of Bradenton, Florida.  The class was organized by William Sutherland,  a specialist in Southern literature who participated in one of the Delta Center’s workshops in 2010.  He has returned to the Delta with two high school classes since then.  The workshops are titled "The Most Southern Place on Earth, History, Music and Culture of the Mississippi Delta."  They are offered to teachers annually, and are funded by the National Endowment for the Humanities.  Several former participants have brought their own classes to the region to introduce them to the Delta’s important cultural heritage.  The St. Steven’s class spent a week in the Delta, flying in and out of Memphis.