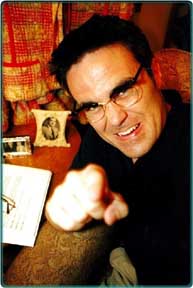 David Dallas’s one-man play, “A Gentleman from Mississippi,” will be presented on Friday, Jan. 13, at 7:30 p.m., in Jobe Auditorium on the Delta State University campus.   Dallas is both performer and writer of the play about the life of Senator John C. Stennis.

A Gentleman from Mississippi has been produced throughout the country, including Philadelphia, New York City, Milwaukee, Minneapolis, Nashville, Seattle, and a number of venues in Mississippi.  To celebrate the 100th birthday of Senator Stennis, Dallas performed the play on the USS John C. Stennis nuclear-powered aircraft carrier on August 3, 2001.

As a graduate student in public policy at Mississippi State University, Dallas had a job as caretaker for Senator Stennis, who had retired after forty-two years in the U.S. Senate.  During this time, Dallas kept a journal and later used what he had learned in writing the play.

Three characters come to life in the play: Senator Stennis in his prime in the 1950’s and 1960’s; Senator Stennis as an old man bound to his wheelchair; and Dallas as his round-the-clock caretaker and as narrator.

Stennis comes across as a complex man who was the first Democratic senator to come out against the tactics of Sen. Joseph McCarthy, who made a speech about the dangers of getting involved in a conflict in Indochina, and who opposed school desegregation.

Dallas currently serves as Executive Director of the Bologna Performing Arts Center and teaches an acting class in Delta State’s Division of Languages and Literature.

The event is free and open to the public. For more information, please contact the Division of Languages and Literature at (662) 846-4670.