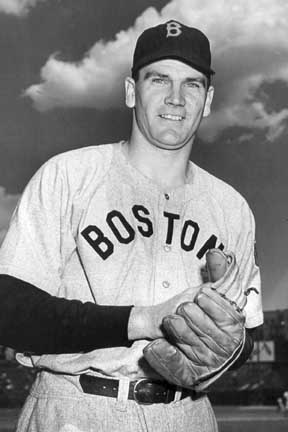 Dave “Boo” Ferriss, Boston Red Sox Hall of Famer and legendary coach of the Delta State University Statesmen, retired following the completion of the 1988 season, but he continues to be a tireless supporter at all levels of baseball throughout the state and especially his beloved Statesmen.

The Shaw, native spent 46 years in baseball on the collegiate and professional levels, including 26 seasons at Delta State. A legend in national collegiate baseball coaching circles, Ferriss was inducted into the American Baseball Coaches Association Hall of Fame in 1988.

A graduate of Mississippi State University, Ferriss was signed by the Boston Red Sox after his junior year of college. He spent 10 years with the Red Sox, five years as a pitcher and five years as the pitching coach.

Since 2004, the Mississippi Sports Hall of Fame has awarded “The Ferriss Trophy” to the top collegiate baseball player in Mississippi.
Press Releases