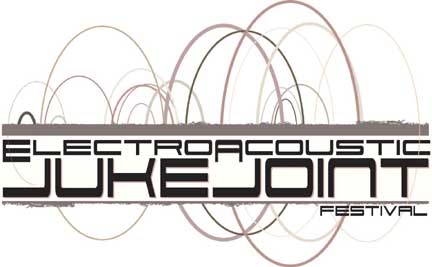 The First Annual Electroacoustic Juke Joint Music Festival will be held Friday, Nov. 9 – Saturday, Nov. 10 in Cleveland at the Bologna Performing Arts Center on the Delta State University campus and at Po’ Monkey’s Lounge in Merigold.

This new music festival, hosted by the Delta Music Institute at DeltaState, will feature performances of innovative music from over 30 national and international composers in the electroacoustic genre. The festival is the brainchild of DMI faculty member Dr. Mark Snyder, who created and directed the critically-acclaimed Imagine II Electronic Music Festival in Memphis.

Barry Schrader, one of the featured composers of the festival, has been acclaimed by the “Los Angeles Times” as “a composer born to the electronic medium;” named "a seminal composer of electroacoustic music" by “Journal SEAMUS”; and described by “Gramaphone” as a composer of “approachable electronic music with a distinctive individual voice to reward the adventurous.”
His compositions for electronics, dance, film, video, mixed media, live/electroacoustic music combinations and real-time computer performance have been presented throughout the world.
Tricia Walker, Director of the DMI, notes, “To attract this caliber of electroacoustic composers to the Delta for a first year festival speaks highly of Dr. Snyder and his hard work. We genuinely hope the community will come support this new original music. That would really be an encouragement for the development of original contemporary music in the Delta.”
Electroacoustic music is made with electronic technology and is usually concerned with aspects of sonic design that are inaccessible to traditional musical instruments played live.
Electroacoustic music is recorded and performed through loudspeakers, and the majority of electroacoustic pieces use a combination of recorded sound and synthesized or processed sounds.
Many self-described electroacoustic pieces include live performers (called “mixed”), either as a performer playing along with a tape/CD/computer, or, more recently, with live electronic processing of the performer’s sound and video.
The Electroacoustic Juke Joint Music Festival opens Friday evening at 8 p.m. in the BPAC with a paper presentation by Stephen Rice on “Exploring the Timbre Space: Content-Based Access to Sound Palettes to Facilitate the Creative Process of Music Composition.”
At 9:30 p.m., Po’ Monkey’s Lounge will play host to plugged-in works by Ken Davies, Dave Lisik, Jeff Morris, Barry Schrader, Greg Steinke and Andrew Walters, to name a few.
All concerts and presentations are free and open to the public.
For more festival information, please call the DMI office at (662) 846-4579 or visit the festival website at www.eajj.org.
Press Releases