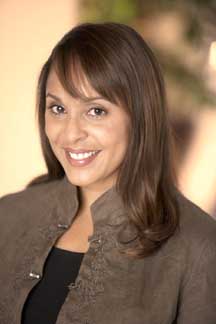 Delta State University will have such a distinction Wednesday, Oct. 10, as the Cleveland campus welcomes Pulitzer Prize-winning poet Natasha Trethewey for a reading inside Jobe Hall Auditorium. Immediately following the reading, Trethewey will be available for book signings.
A reception will precede the reading in the atrium of Kent Wyatt Hall from 6:30 p.m. – 7:30 p.m.
A native of Gulfport, this will be Trethewey’s first visit to an institution of higher learning in her native state since winning the Pulitzer Prize in 2007.
“Professor Trethewey joins a long list of Mississippians that have won the Pulitzer Prize – everyone from William Faulkner to the staffs of ‘The Clarion Ledger’ and ‘The Biloxi Sun-Herald,’ to Tennessee Williams, Eudora Welty and Beth Henley,” offered D. Allan Mitchell, assistant professor of English at Delta State and one of Trethewey’s current students. “What’s great about her is her grace and kindness. She is one of the finest teachers I have ever had, and there is no better ambassador for poetry or for Mississippi than Natasha Trethewey.”
Her most recent collection of poems, “Native Guard,” (Houghton Mifflin 2006) earned her the prestigious Pulitzer, as well as the 2007 Mississippi Institute of Arts and Letters Book Prize.
Her first poetry collection, “Domestic Work” (Graywolf Press, 2000), won the inaugural 1999 Cave Canem poetry prize (selected by Rita Dove), a 2001 Mississippi Institute of Arts and Letters Book Prize and the 2001 Lillian Smith Award for Poetry.
Her follow-up collection, “Bellocq’s Ophelia” (Graywolf, 2002) received the 2003 Mississippi Institute of Arts and Letters Book Prize, was a finalist for both the Academy of American Poets’ James Laughlin and Lenore Marshall prizes and was named a 2003 Notable Book by the American Library Association.
Her work has appeared in “The Best American Poetry 2000” and again in 2003, and in journals such as “Agni,” “American Poetry Review,” “Callaloo,” “Gettysburg Review,” “Kenyon Review,” “New England Review,” and “The Southern Review,” among others.
She has a B.A. in English from the University of Georgia, an M.A. in English and Creative Writing from Hollins University, and an M.F.A in poetry from the University of Massachusetts. She is the recipient of fellowships from the Guggenheim Foundation, the Rockefeller Foundation, the Bunting Fellowship Program of the Radcliffe Institute for Advanced Study at Harvard University, and the National Endowment for the Arts.
She has taught at Auburn University, the University of North Carolina-Chapel Hill, and Duke University where she was the 2005-2006 Lehman Brady Joint Chair and Professor of Documentary and American Studies. Trethewey is currently the Phillis Wheatley Distinguished Chair of Poetry at Emory University in Atlanta.
Both events are open and free to the public.
Press Releases