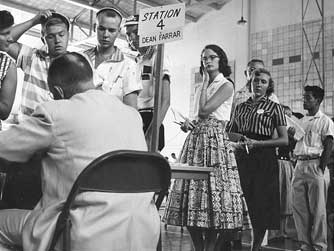 Gymnasium. Today, students are able to register for courses online over the Internet. Every facet of academics has evolved as well. Below is a salute to the areas, people, and resources that provided students of Delta State with a first class education.

You never know what you will encounter in a class at Delta State. As this 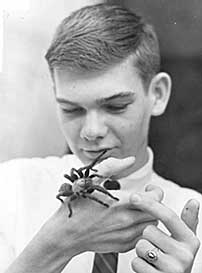 student reveals, there is an area available to suit every type of academic and artistic need. The number of disciplines has increased with time and the institution still continues to grow today. Below are some examples of departments that have made up Delta State’s rich student experience.
The first library on campus was located in a room in the Hill Administration Building. The room housed 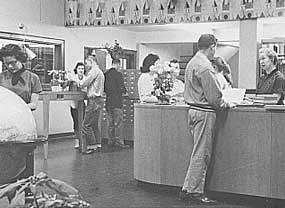 1,008 volumes and 22 magazine subscriptions. Later, Roberts Memorial Library was located in what is now the Fielding L. Wright Art Center from 1939 – 1968. Pictured on the left behind the counter is Eleanor Harkins, Head Librarian. In 1968, a new building was constructed and was still named for W.B. Roberts. The library underwent a 9 million dollar renovation in 1999.
Technology is becoming an increasingly important aspect of higher education. In 1967, Delta State installed its first computer. The photo below shows an instructor giving students a demonstration of the new computing center. Bulky systems of the past have given way to smaller and more powerful devices. Distance education and remote electronic resources are becoming the norm, and Delta State will strive to meet these digital age needs.

Creative arts play an integral role in any college 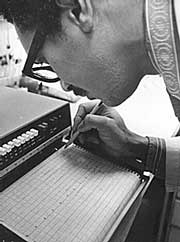 Today, Delta State employs approximately 275 full and part-time faculty and 575 staff.  When Delta State Teachers College opened its doors for the 1925-26 school year, it had a faculty of eleven.  As years went by, the numbers of faculty and staff on the Delta State campus grew ever larger to accomodate the growing number of students who made Delta State their choice for higher education.  Numbers of staff on campus grew as the business of running a college became a larger job.

As a Teachers College, Delta State’s faculty taught subjects most relevant to

future educators.  These subjects were primarily History, English, Math, Science, Education and Commerce.  With the growth of Delta State, faculty were brought in with more diverse and specialized degrees.

Early Delta State faculty also organized into committees for the advancement of the school. Examples of these committees are: Assembly, Athletics, Buildings and Grounds, Courtesies, Field Service, Health and Sanitation, and Social. 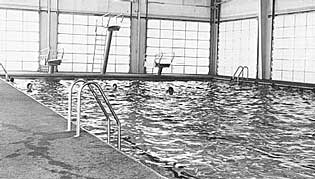 The football facility at Delta State has historically been named the Delta Field. The Delta Field House was built in 1939 by the Works Progress Administration (WPA) to front the second location of Delta Field. There were two small dressing rooms, a ticket booth, and an equipment room. The equipment room was later used as the golf headquarters. The building was dismantled in 1952.

The Hill Demonstration School was one of the three original buildings on campus. It had formerly been the Bolivar County Agricultural High School and 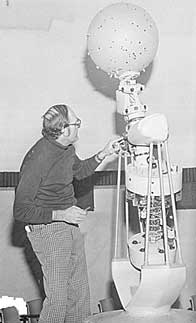 it was donated to Delta State Teachers College by the city of Cleveland. At first, the building was a multi-purpose facility, housing the library, classrooms, and administrative offices. The building was demolished in 1965 to make way for the new Roberts Library.

Caylor Hall is home to the Roy Lee Wiley Planetarium. The planetarium was constructed in 1976, and is the only one in the Delta. Delta State astronomy classes are taught in the facility, but local school children are also given the opportunity to see shows. The planetarium is named for Roy Lee Wiley, who taught physics at Delta State from 1942 to 1975. Pictured is Billy Gene Tatum, Science Instructor.

The Walker Natatorium was an indoor/outdoor swimming facility built in 1970. It was named for George B. Walker, a local businessman, farmer, and state senator. The swimming pool was used by the Delta State faculty, staff, students, and members of the local community. In 2001, construction was completed on a new 46,000 square foot aquatic center that offers state-of-the-art facilities.