Greenville Schools · Back to collection home 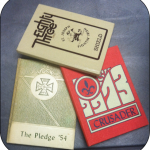 Greenville Christian School was formulated in the minds of concerned Christian parents from Christ Wesleyan Methodist Church. The school opened in late August, 1969, at the the Greenville Hotel with thirty-seven students in grades one through nine. In 1972, the new facility at Highway 1 south was completed, and the fall class began. The school grew rapidly, and increased enrollment necessitated additional classrooms.
Since 1983, four new classrooms have been added, an athletic/training building has been constructed and a large science complex has been completed. The school is accredited by the Southern Association of Colleges and Schools and the Mississippi Private School Asscociation.

The first organized parish school in Greenville opened in October of 1888. St. Rose of Lima Academy was opened under the leadership of Father P. J. Korstenbrock and was staffed by the Sisters of Mercy. The school that the sisters opened began a rich tradition of excellent education in the Delta area, one that is still strong after 116 years. Within three years, facilities were added to accommodate boarding students from nearby plantations.
In 1948, due to the increasing enrollment and deteriorating condition of the Academy building, work began on a new building. Originally designed to educate 400 students, St. Joseph School was dedicated in May of 1950. As Catholic education flourished in the early 1960’s, enrollment continued to rise. As a result of this increase, St. Joseph Catholic Church initiated the construction of Our Lady of Lourdes Elementary School, which opened on East Reed Road in 1964. After kindergarten through sixth grade moved to Lourdes, the building on Golf Street (now known as St. Joseph High School) provided students in grades 7-12 with a quality Catholic education. February 2005 welcomed a new, larger building and location for St. Joseph High School

The Pledge was the annual yearbook for the nursing school that took place in the King’s Daughter’s Hospital.

Leland High School It educates approximately 336 students in grades nine through twelve. The school in 1982 graduated its first racially integrated school population from K–12, having implemented desegregation in 1970.

Named for Lizzie W. Coleman, who was principal of the No. 2 Elementary School. Coleman High School was among the first high schools for African-Americans in the Mississippi Delta. The school served as Greenville’s main high school for African-Americans until 1970. First located on Nelson Street, the school moved to Cleveland Street in 1922. The present school, designed by architect N. W. Overstreet, was built here in 1952.

In response to a community need for a local college preparatory school, Washington School was established in the spring of 1969.School began in September, 1970, with a staff of twenty- three faculty members and 323 students. Classes were held in the present elementary building with the east side used for elementary students and the west side for secondary students. Much has changed since the school’s inception. Today Washington School has an enrollment of over 900 students with a faculty of over 60 members. 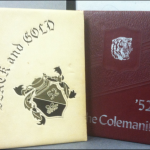 Greenville established its first public school in 1866, the year the city was rebuilt after its destruction during the Civil War. Since a separate municipal school district was created in 1884, it has been served by only fourteen superintendents, all recognized for their educational leadership and innovation. In Mississippi, the Greenville system instituted the first science labs in 1888, the first schools system-furnished textbooks in 1890, the first physical education department in 1899, and the first public school kindergarten and the first art department in 1905. In 1992, Greenville High School conducted its 100th graduation, the most of any public school in the state.
Currently under the leadership of Superintendent Leeson M. Taylor II,  Ed.D., the Greenville Public School District enrolls approximately 5,800 students and ranks second among municipal school districts in the state in pupil population. The district operates 7 neighborhood elementary schools (K-5), two middle schools (6-8), and one high school located on two campus sites (9-12), a countywide vocational technical complex, and an alternative school. Greenville was one of the earliest districts to be accredited by the Southern Association of Colleges and Schools (SACS). The entire district continues to be fully accredited by SACS. All schools in the district are accredited by the Mississippi State Department of Education. 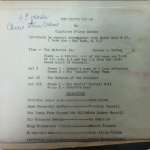 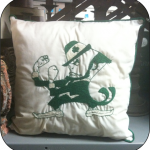 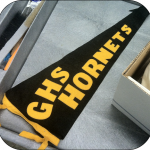