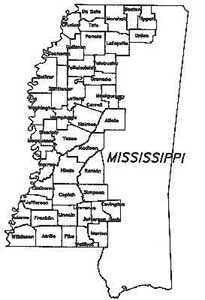 The states of Mississippi, Kentucky, Louisiana, Missouri, Illinois, and Arkansas together make up the Mississippi River Delta. They also make up one of the most impoverished areas of the country. For decades hardship, poverty, and unemployment have ravaged it. The Lower Mississippi Delta Development Commission (LMDDC) was a group created by Congress in 1989 with the soul purpose of discovering the problems that kept the Mississippi Delta from achieving any type of real status within the USA, and to come up with solutions to that end. They conducted their research by interviewing people who had spent their lives here, and had witnessed first hand what life in this area of the world is like, as well interest groups such as the Tennessee Valley Authority,
and the Valley Resource Center. The commission itself lasted eighteen months, and cost 3 million dollars to keep up and running, largely
due to the amount of paper required for press releases, especially with the release of its 186page final report that it presented to the White
House on May14, 1990. It also released 500 other copies within a very short time.

The first series consists of a large variety of papers that were used and exchanged during the time of the commission’s duration. These papers contain memos, personal correspondence reports to superiors, and various other such working papers. Most of them deal with the inner workings of the commission.

The second series consists of reports that were prepared by the commission, and released to the public, as well as reports that were prepared for the LMDDC to read by other groups, such as the Tennessee Valley Authority, and the Valley Resource Center. These reports helped to give insight to the commissioners, and help them better understand what the people of this area really felt.

The final series consists of a variety of newspaper clippings of press releases that were periodically put into mainly local publication, but some even made it as high up as The Wall Street Journal. There were roughly five or six articles written over about a two-year period. These were mainly found in the Memphis Commercial appeal, and the Jackson Clarion Ledger. These articles contain mainly statistical information, and compliant ads.