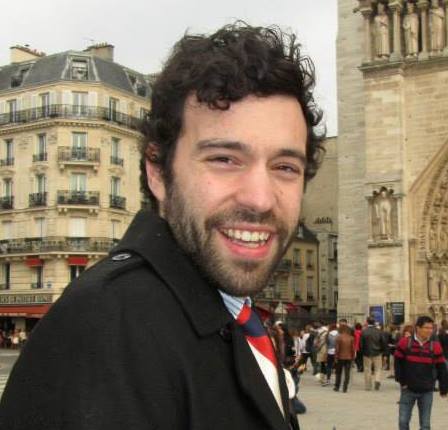 Associate Professor of History
Director, The Madison Center for Civic Engagement and History

I am Associate Professor of History at Delta State University where I teach courses on the Early American Republic and the Atlantic World. My research and teaching interests include African-American history, the history of ideas, global colonialism, and race and freedom in the Atlantic World. I often look for ways to allow my students to experience history and the processes involved in its creation—including roleplaying exercises, creative and collaborative projects, and the use of contemporary comparisons to create connections between students’ experiences and the past. This lets students become part of the history they study, and more fully understand how history is fundamentally human.

As far as scholarship is concerned, I am the author of the book, An American Color: Race and Identity in New Orleans and the Atlantic World and co-editor of French Connections: Cultural Mobility in North America and the Atlantic World, which won the 2021 Wilson Prize for Canadian History from McMaster University. Beyond those primary projects, I am also co-author of U.S. History: A Top Hat Interactive Textbook, published in August 2016, and co-editor of Top Hat’s Interactive Reader: Sources in U.S. History, Volume II, published in April 2018, as well as Volume I, published in August 2018. My research has also appeared in a number of journals and edited collections, most recently The Journal of Transatlantic Studies, The Journal of African American History, and Social Identities. I am currently working on a book project about the founding of Liberia in an Atlantic context entitled Building the African-American Republic. For an up-to-date list of my most recent work, see the “Publications” section below.

An American Color: Race and Identity in New Orleans and the Atlantic World. Athens: University of Georgia Press. 2022.

“The Creole Frontier: Free People of Color in St. Louis and Along the French Mississippi Corridor, 1800-1870,” in Jay Gitlin, Peter Kastor, and Robert Morrissey, eds., A French City in Colonial North America: Essays on Early St. Louis on the 250th Anniversary of Its Founding. Lincoln: University of Nebraska Press. 2021.

“‘They Will Use This Against You!’: The 2001 France-Algeria Match and its Transatlantic Journey to the States,” in Eric Burin, ed., Protest on Bended Knee: Patriotism, Free Speech, and race in the 21st Century. Grand Forks: University of North Dakota Press. 2018.

“Race and Religion in Nineteenth-Century New Orleans: The History and Context in Voodoo and Power,” Journal of African American History, vol. 103, no. 1 (Spring 2018): in press.

“To Fashion Ourselves Citizens: Colonization, Belonging, and the Problem of Nationhood in the Atlantic South, 1829-1859,” in Whitney Nell Stewart and John Garrison Marks, eds., Race and Nation in the Age of Emancipations. Athens: University of Georgia Press. 2018.

“He Be God Who Made Dis Man: Christianity and Conversion in Nineteenth-Century Liberia,” in Beverly C. Tomek and Matthew J. Hetrick, eds., New Directions in the Study of African American Colonization. Gainesville: University Press of Florida. 2017.