The campaign to locate Delta State in Cleveland began several years before the doors opened for the first quarter semester in 1925. Records show that the subject was brought up for discussion at a 1910 meeting of the Cleveland Business Men’s League. Dozens of public meetings and presentations to civic clubs over several years built momentum within the community to petition the legislature to place a state Normal College on the grounds of the closed Agricultural High School.

With the Bolivar County Teachers Association, the county superintendent of education, notable legislators of the Delta and Cleveland’s citizenry all in favor of the proposal for a normal college, Senators W.B. Roberts (Bolivar County) and Marshall (Sunflower County)  would take the idea all the way to the State House floor, sponsoring Senate Bill No. 235 introduced on 19 February 1924 to create Delta State Teachers College.  However, the battle was hardly over for there were other towns in the Delta who sought to nurture a normal college.

Governor Henry L. Whitfield signed the bill on 9 April 1924 officially granting the establishment of Delta State Teachers College but there was one major caveats. Cleveland was not guaranteed to be the home of the newly created normal college.  Ultimately, the determined efforts of many, a financial commitment of the townspeople of Cleveland, contribution of lands and existing buildings and perhaps the removal of a the Black Bear Saloon on Court Street would be rewarded when on 11 July 1924, the legislative site committee voted three to two to locate the college at Cleveland.  That determined spirit which brought Delta State Teachers College to Cleveland, nurtured and housed it within three buildings of Hill, Hardee and Taylor Halls, is the spirit that still lives in the campus and community of today. 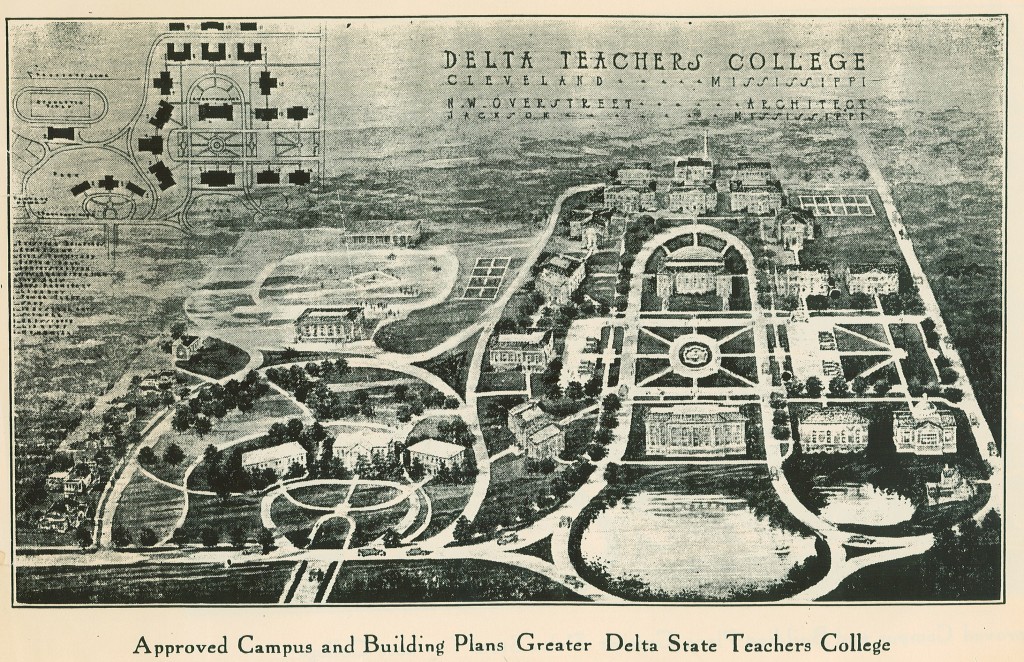 Lucy, in order to grow, a town must have either industry or a college, and a college makes for a much better community.